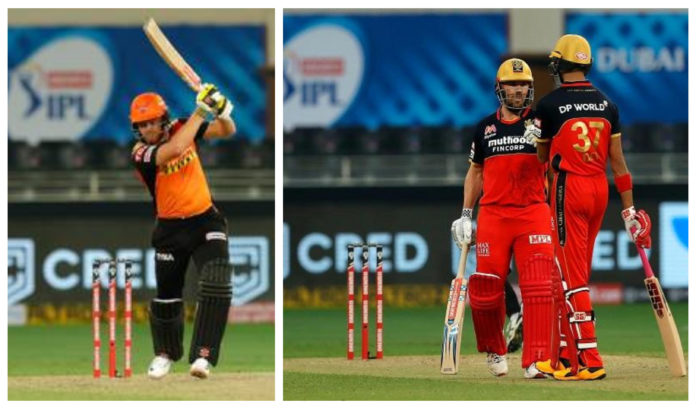 David Warner won the toss and decided to let Royal Challengers Bangalore bat first. Kane Williamson missed out for the IPL 9 winners while India’s Under-19 skipper Priyam Garg featured in the line-up. Mitchell Marsh, Rashid Khan and Jonny Bairstow were the overseas players along with Warner. 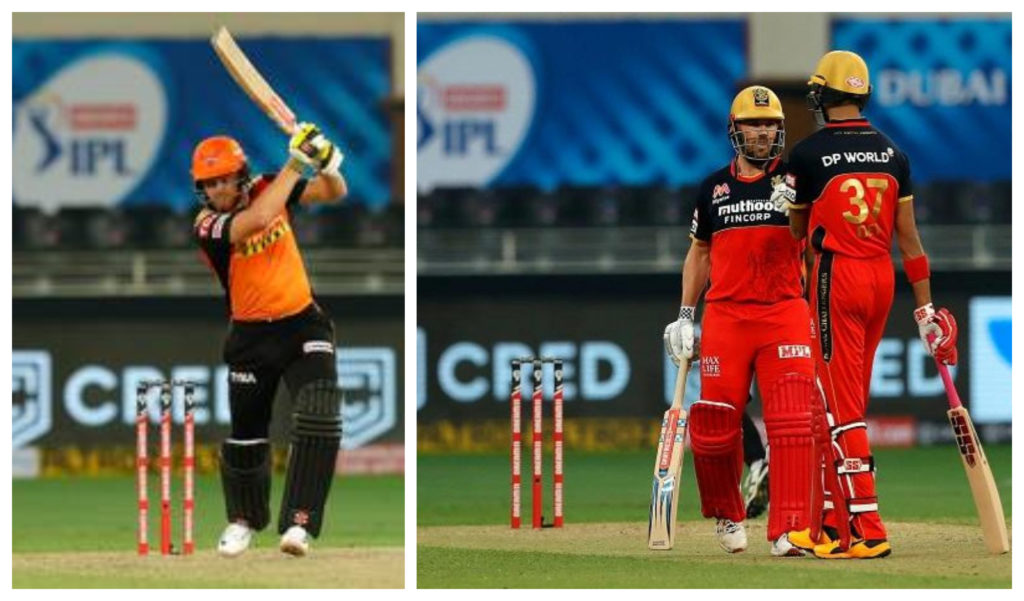 On the other hand, Virat Kohli named three debutants for the encounter which included the new-look opening pair of Devdutt Padikkal and Aaron Finch. The duo took the three-time IPL finalists off to a brilliant start.

While the Australian skipper struggled to get going in the crease, the 20-year-old Padikkal took on the bowlers in commanding fashion to register a fifty on his debut. Mitchell Marsh had to be take off the field after an injury, leaving SRH a bowler short.

With the scoreboard reading 86-0 after 10 overs, SRH were in desperate need of a wicket to slow things down considering the firepower expected to come later in the innings. Right on cue, Vijay Shankar castled the well-settled Padikkal. Abhishek Sharma struck the very next ball by trapping Finch right in front to bring two new batsmen at the crease.

Warner introduced Rashid Khan for his second spell with the dangerous pair of Virat Kohli and Ab de Villiers out in the middle. While Kohli was dismissed for 14, de Villiers stood till the end for a well made fifty. An impressive second spell in the death by the experienced Bhuvneshwar Kumar restricted their local rivals to 163-5 after the end of their 20 overs.

RCB snatch victory from the jaws of defeat

SRH’s run chase despite beginning on a bright note saw an unfortunate dismissal with David Warner having to walk back with just 6 runs to his name. Manish Pandey and Jonny Bairstow controlled the damage with a solid stand for the second wicket.

Bairstow got to his fifty and the team were coasting towards victory before disaster struck. Yuzvendra Chahal, who neutralized the pacers’ off day notched the wickets of Bairstow and new batsman Vijay Shankar off consecutive deliveries.

SRH’s spiral continued after yet another freakish dismissal. Priyam Garg’s innovative effort to scoop the ball was fateful as the ball hit his helmet and back onto the stumps.

Abhishek Sharma was the next to depart after colliding with Rashid Khan in the middle of the pitch while attempting a second run, ultimately resulting in a runout. After a brief interval where Rashid Khan was tended to by the physios after being hurt from the collision, he was back to his feet with 29 needed off the last 3 overs

Navdeep Saini scalped 2 wickets off his last over which included the prized wicket of Rashid Khan. Injured Mitchell Marsh returned but was dismissed for a golden duck. From 121-2 in 15.1 overs, the side collapsed to 153 all out.