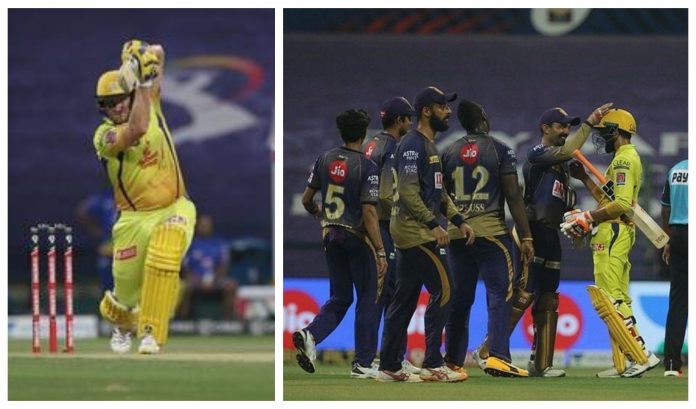 Two teams in search of momentum faced each other at the Sheikh Zayed Stadium, Abu Dhabi. CSK and KKR hoped to seal a victory to get into the top half of the points table. Despite almost being out of the game at one stage, KKR managed to claw back and register a 10-run win over the three-time winners.

Dinesh Karthik named an unchanged eleven while MS Dhoni roped in Karn Sharma instead of Piyush Chawla. KKR won the toss and elected to bat first on the surface that had previously been used for the Mumbai Indians and Rajasthan Royals’ encounter.

KKR changed their opening pair with Rahul Tripathi joining Shubman Gill up top. Despite conceding at a brisk rate, CSK were able to pull things back in the second half of the innings. 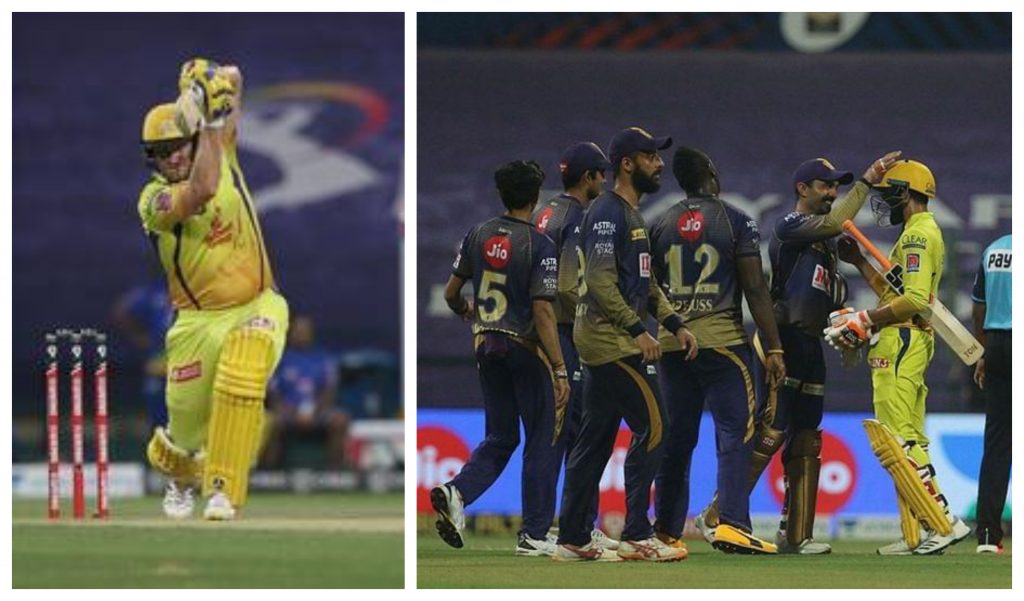 Barring Tripathi, no batsman registered over 20 runs. The 29-year-old stayed till the 17th over before finally being dismissed for 81. Dwayne Bravo was at his very best in the death overs by conceding only 4 runs in the final over which also included 3 wickets. The slump meant that KKR could only post 167 on the board.

Karn Sharma and Sam Curran were the pick of the bowlers for the team with their economical spells yielding 4 wickets amongst them. Deepak Chahar did not have the best outing after going for an economy of almost 12.

CSK failed to make most of the platform laid

After a slew of slow starts, CSK made amends with a brisk start just like the opening pair’s effort against Kings XI Punjab. Shivam Mavi was the first bowler to strike for KKR following the wicket of Faf du Plessis.

Shane Watson and Ambati Rayudu enjoyed a breezy stand which got them to 90-1 on the halfway mark. With only 77 needed off the last 10 overs with 9 wickets in hand, the odds were in favour of the chasing side.

However, a dull spell followed for CSK where they were only able to score 14 runs in the next five overs. The phase also included the loss of settled batsmen Rayudu and Watson.

MS Dhoni, coming in at number 4, failed to make an impact much like Kedar Jadhav later on. The duo collectively could only muster 18 runs in 24 deliveries to spike up the required rate.

Even lusty blows in the end by Sam Curran and Ravindra Jadeja were not enough to rescue the game for CSK who registered their fourth defeat in six matches.