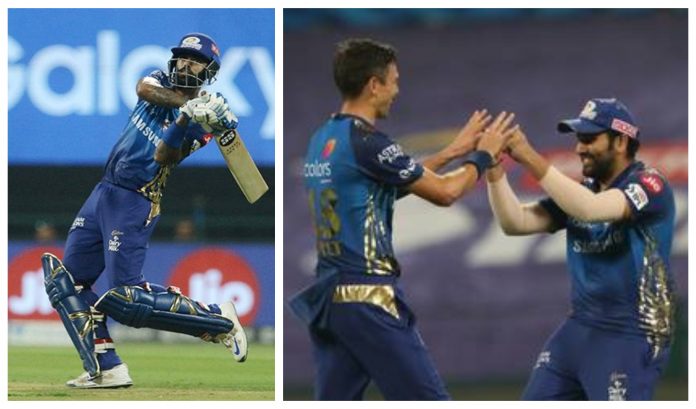 Two contrasting teams clashed at Abu Dhabi in the form of Mumbai Indians and Rajasthan Royals. MI have made merry after getting their balance and combination right while RR continue their struggle to adapt after their two-game stint in Sharjah. MI came out on top with a massive 57-run victory, that not only puts them on top of the points table but also boosts their net run rate.

MI made no changes to their line-up which has been connecting well. RR, on the other hand, in a bid to return back to winning ways, named three changes. Robin Uthappa, Riyan Parag and Jaydev Unadkat paved way for Yashasvi Jaiswal, Ankit Rajpoot and debutant Kartik Tyagi.

Electing to bat first after winning the toss, MI were once again rewarded with a brisk start. The opening pair of Rohit Sharma and Quinton de Kock scored runs at will at the expense of poor bowling at the top. 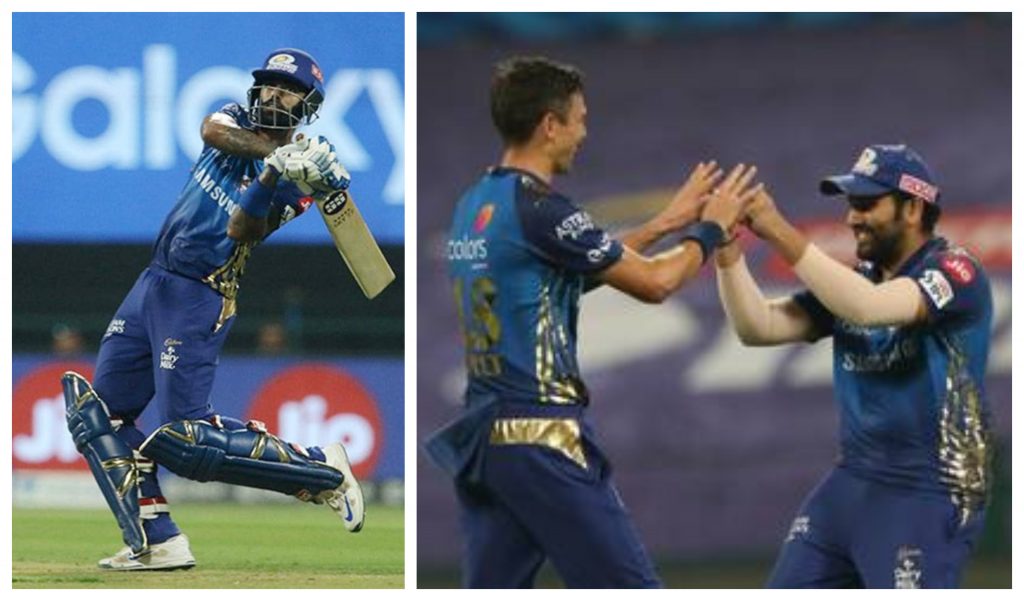 U-19 World Cup star Kartik Tyagi notched up his wicket tally with the dismissal of de Kock, who once again fell prey to the short ball. Sharma, on the other hand, could not make most of the bright start by finding Tewatia in the deep after failing to connect Shreyas Gopal’s full delivery.

While the side experienced a minor slump in the middle overs after Ishan Kishan folded out for a first-ball duck and Krunal Pandya struggled for his 13 runs off 17 deliveries.

Suryakumar Yadav turned up with his highest IPL score of 79 and provided an exhibition of outrageous innovative shots in the death overs. Hardik Pandya stood by at the other end as the duo racked up 60 runs in the final four overs.

MI ended up with 193-4 after their 20 overs, the fifth successive match where they have racked up a score in excess of 180.

Chasing 194, RR needed their top order to fire from the start considering their inexperienced middle order. However, MI’s new-ball pair were once again on point while defending their score.

Trent Boult managed to get young Jaiswal for a duck while captain Smith followed suit the very next over after a stellar grab from de Kock. Sanju Samson’s woes post-Sharjah continued with a duck to his name and the third successive single-digit score.

MI’s fielding was the highlight of the second innings following substitute fielder Ankul Roy’s grab to dismiss Mahipal Lomror and Pollard’s catch at long-on to send back Jofra Archer.

Jos Buttler was the lone stalwart for RR with his knock of 70 off 45 deliveries. The side eventually were bowled out for 136, handing MI their third successive win in the tournament.