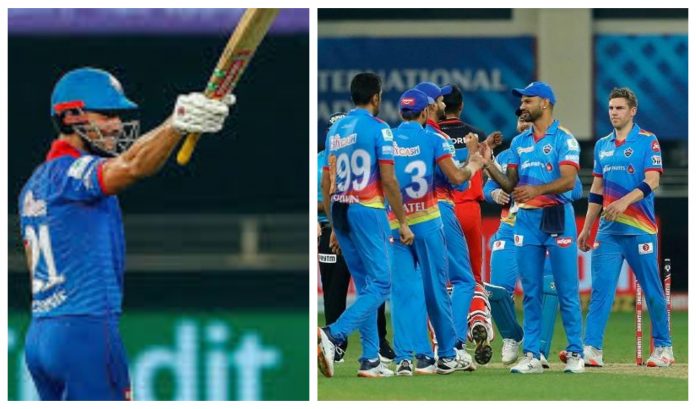 In-form sides Delhi Capitals and Royal Challengers Bangalore geared up to face other at the Dubai International Stadium. DC were dominant from the word go and inflicted a crushing 59-run loss on RCB.

Virat Kohli won the toss and opted to bowl first while naming two changes to his side. Adam Zampa and Gurkeerat Singh Mann missed out and were replaced by Moeen Ali and Mohammad Siraj.

DC, on the other hand, had to make a forced change with Amit Mishra ruled out of the tournament. Axar Patel was roped back into the playing eleven. 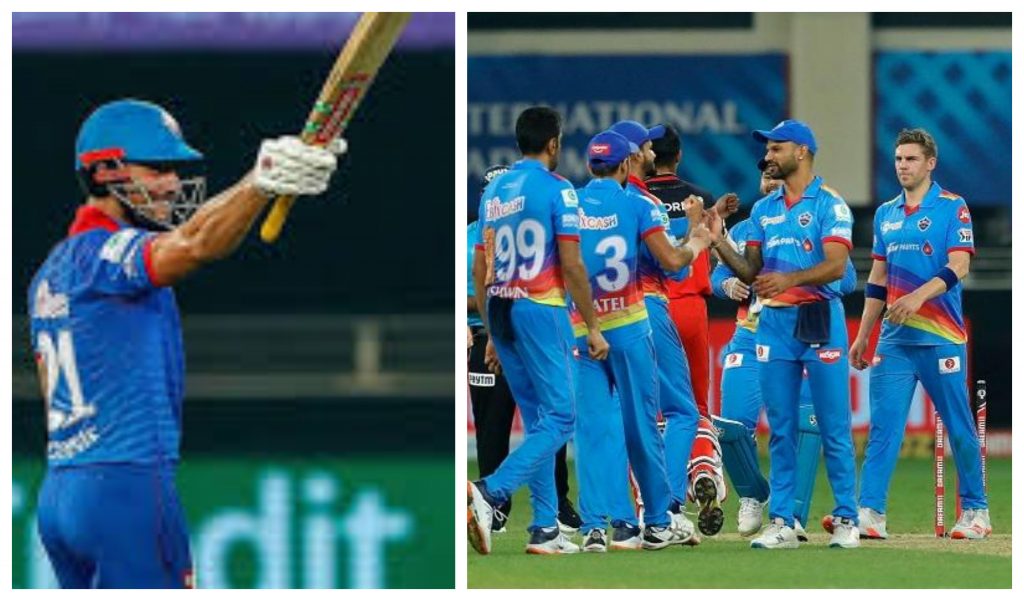 Opening pair of Prithvi Shaw and Shikhar Dhawan enjoyed the perfect powerplay with flawless strokeplay. DC racked up an impressive tally of 63 runs in the first six overs without the loss of a wicket.

Shaw missed out on his consecutive half-century by eight runs by getting out to a short ball by Mohammad Siraj. Shikhar Dhawan, who was not in full flow departed in the tenth over for 32.

Shreyas Iyer’s stint at the crease came to an end after a smart catch by Devdutt Padikkal at the long boundary. The match was relatively well poised at 90-3 in the 12th over before Rishabh Pant and Marcus Stoinis cranked things up.

The pair shared a vital 89-run stand in 41 balls to turn the game on its head. While Pant was dismissed for 37 off 25 deliveries, Stoinis stayed to bring up his second fifty of the tournament. The Australian all-rounder scored 6 fours and 2 sixes en route his unbeaten knock of 53 off 26 balls.

Aaron Finch was dropped twice in the first two overs by Kagiso Rabada and Shikhar Dhawan. Iyer was rewarded with the introduction of spin in the third over as in-form Padikkal holed out in the deep for just 4. Finch’s luck ran out following an edge to Pant off Axar Patel.

The slow demise continued with the fall of regular wickets. Ab de Villers miscued pull shot and Moeen Ali’s failure to clear the ropes brought an end to their time at the crease.

Virat Kohli dug in for 43 off 39 but was dismissed right away after Rabada was introduced back for his second spell. The Purple Cap holder extended his lead at the top with a four-wicket haul as rest of the batsmen caved and folded with the final score at 137-9