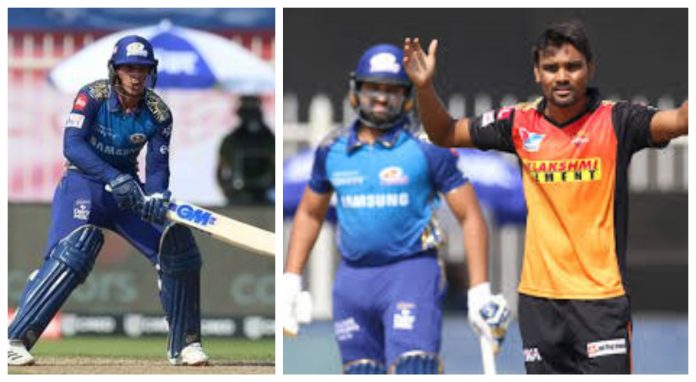 David Warner, who won the toss and elected to bat first, had to make a couple of changes in the bowling unit. Bhuvneshwar Kumar and Khaleel Ahmed missed out and were replaced by Sandeep Sharma and Siddharth Kaul. Mumbai Indians, on the other hand, named an unchanged eleven.

SRH were able to get rid of the dangerous Rohit Sharma in the first over itself following a faint edge off Sandeep Sharma. The on-field decision was reversed as Warner went up for a review after consultation. 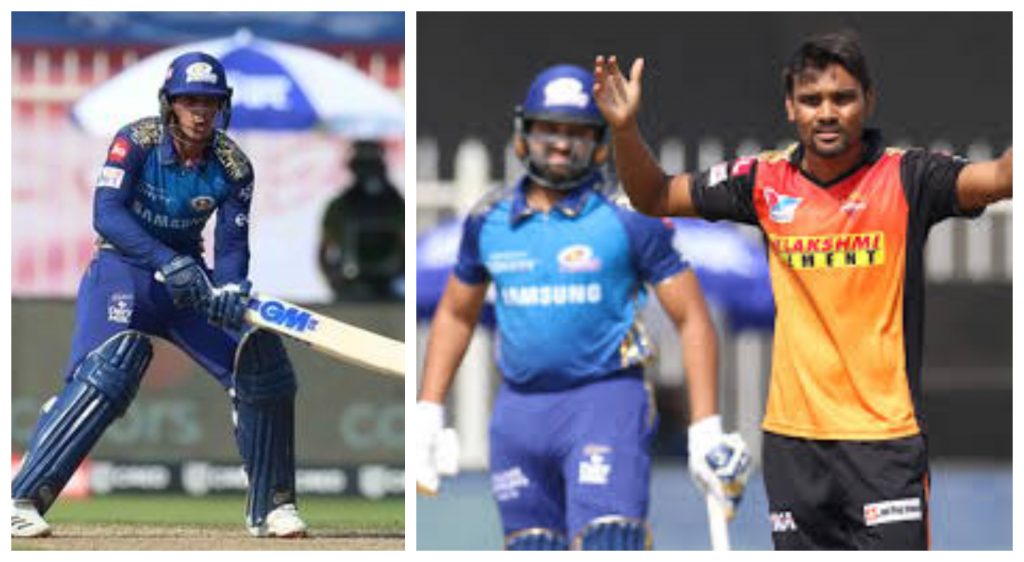 Suryakumar Yadav and Quinton de Kock steadied the innings following the early setback. Yadav had to depart after a tame dismissal in the penultimate ball of the powerplay.

Quinton de Kock earned a lifeline in the form of a dropped catch by Manish Pandey on the ropes. The wicket-keeper went on to make the most of it by scoring 67 off 39 deliveries.

The late middle-order show put up by the Pandya brothers and Kieron Pollard pushed MI to a total of 208-5 after 20 overs. While Hardik Pandya was undone by a yorker off the second ball of the over, Krunal Pandya dispatched 2 sixes and 2 fours off the remaining deliveries to seal Kaul’s nightmarish bowling figures of 4-0-64-2.

MI clinical in their approach to shoot down SRH challenge

A brisk start by openers David Warner and Jonny Bairstow instilled life into the run chase. Bairstow was the first wicket to fall after holing out to Jasprit Bumrah in the deep.

Skipper Warner and Manish Pandey stitched a sixty run partnership for the second wicket. At the halfway mark of the second innings, despite the loss of Pandey things were evenly poised with SRH at 94-2.

The new ball pair of Trent Boult and James Pattinson neutralized the expensive overs of Jasprit Bumrah and Rahul Chahar. Despite a half-century by David Warner, the rest of the batting line-up crumbled after the pressure posed by the required rate.

The inexperienced middle order was easily negotiated by MI who wrapped up the proceedings with a 34-run victory.