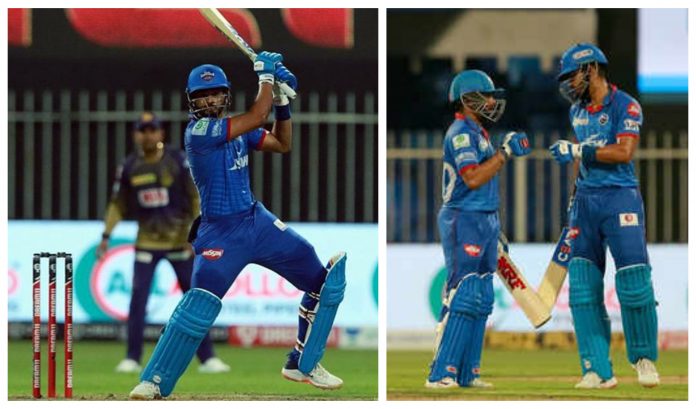 Delhi Capitals and Kolkata Knight Riders locked horns in their first encounter in Sharjah following their spells in Dubai and Abu Dhabi. As anticipated, the fixture turned out to be a run-fest with over 400 runs yielded. DC were able to ward off KKR by 18 runs to bring up their third victory in the competition.

KKR won the toss and elected to bowl first and dropped a spinner in the form of Kuldeep Yadav to play an extra batsman, Rahul Tripathi. On the other hand, Ravichandran Ashwin returned back to action for DC in place of Axar Patel while Harhsal Patel replaced Ishant Sharma in the playing eleven.

The opening pair of Prithvi Shaw and Shikhar Dhawan got the team off to a jolly start by scoring runs at will. Dhawan perished in the penultimate ball of the powerplay to Varun Chakravarthy. 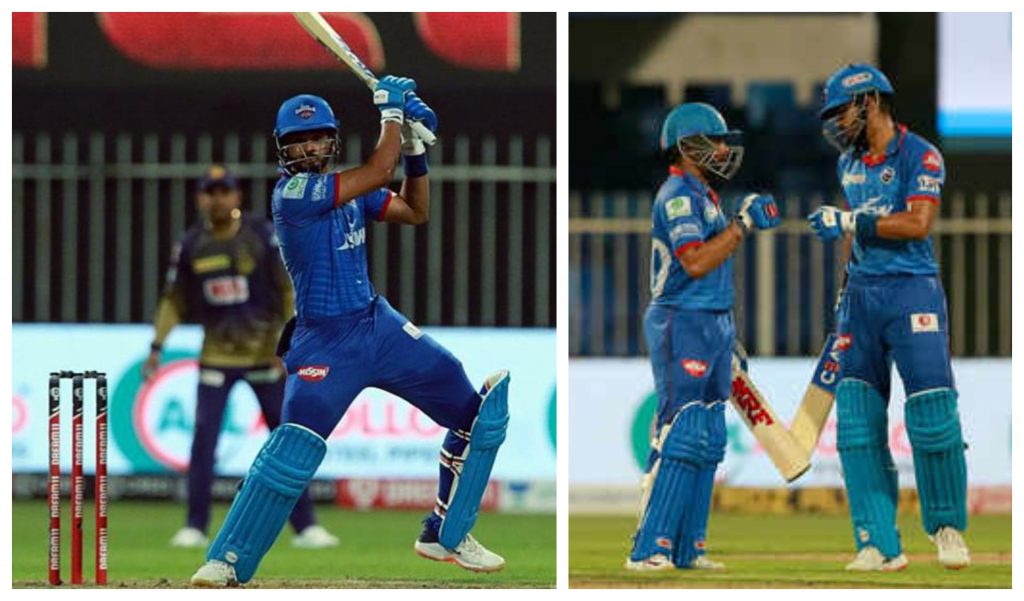 Prithvi Shaw went on to bring up his third fifty in four matches against KKR and build a partnership with skipper Shreyas Iyer at the other end. Shaw’s knock of 66 off 41 balls was put to an end by Kamlesh Nagarkoti.

Exemplary death over hitting by Iyer and Rishabh Pant put KKR in a spot of bother. The penultimate over by Chakravarthy yielded 20 runs to push DC past the 200 run mark.

Pant’s cameo of 38 off 17 deliveries came to an end after his helicopter shot failed to clear the fence. Shreyas Iyer remained unbeaten on 88 off 38 and was stranded at the non-striker’s end with Andre Russell only conceding 7 off the final over and also claiming the wicket of Marcus Stoinis.

The opening woes continued for KKR following yet another failure for Sunil Narine. Anrich Nortje’s pace proved too heavy for the spinner who couldn’t prevent from getting his stumps castled.

Shubman Gill and Nitish Rana aimed to put up a platform for the deep batting order to capitalise on. The duo stitched a 64-run stand for the second wicket which was brought to an end with the dismissal of Gill.

Andre Russell, promoted to No.4, failed to make an impact after filling to Kagiso Rabada for just 13. Dinesh Karthik’s slump prolonged with yet another single-digit score to reduce KKR to 117-5.

Eoin Morgan’s 44 off 18 and Rahul Tripathi’s unbeaten 36 off 16 aided KKR in surpassing the 200-run mark, but they eventually fell short by 18 runs.