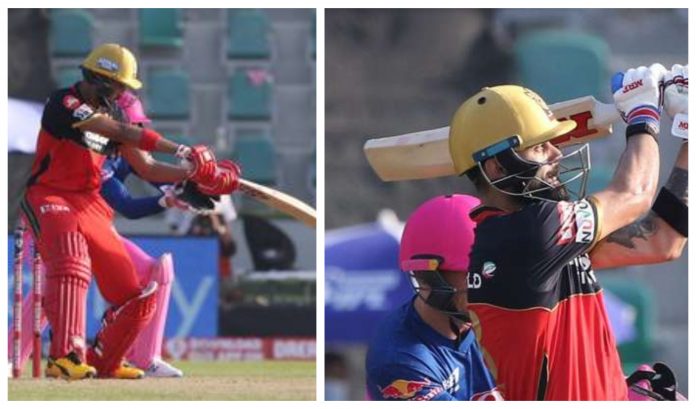 Rajasthan Royals faced Royal Challengers Bangalore in the first afternoon game of IPL 2020. In the scathing temperature of Abu Dhabi, RCB were able to bring up their second successive win after an 8-wicket win

Virat Kohli named no changes to the side that narrowly beat Mumbai Indians while Steve Smith roped in young Mahipal Lomror for Ankit Rajpoot. RR won the toss and elected to bat first under the sun.

Jos Buttler and Steve Smith took RR off to an optimistic start before things fell apart for the inaugural IPL winners. Skipper Steve Smith was the first to depart after dragging one back onto the stumps off Isuru Udana. 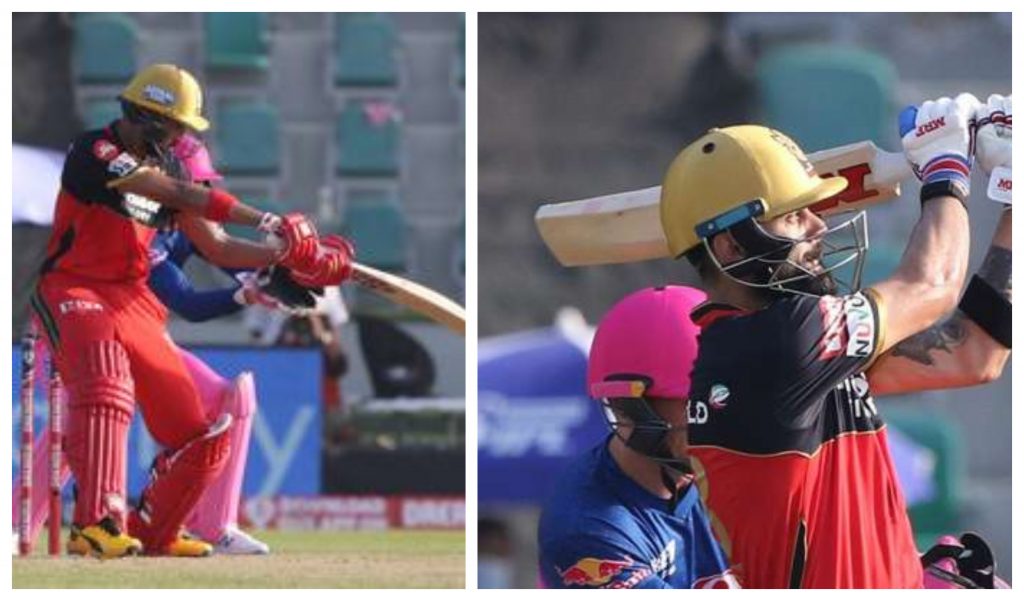 A stellar take by Devdutt Padikkal in slips sent back Jos Buttler after a flurry of boundaries. Much like Navdeep Saini, who dismissed the wicket-keeper batsman off the first ball of his spell, Yuzvendra Chahal too managed to pick the wicket of Sanju Samson off the very first delivery.

The caught and bowled affair was a pretty tight one that ultimately ended up in the favour of RCB. Chahal’s purple patch earned him the purple cap after an impressive spell of bowling that yielded 3 wickets. The leg-spinner rattled the middle order by adding the wickets of the struggling Robin Uthappa and Riyan Parag.

Mahipal Lomror played a crucial knock of 47 off 39 to prevent the side from collapsing. Death bowling turned out to be the thorn for RCB as usual with 48 runs conceded off the last 4 overs to take RR to a competitive total of 154-6. Rahul Tewatia and Jofra Archer’s six-hitting spree helped RR to make a late recovery.

Padikkal and Kohli shine to coast RCB to victory

After two expensive overs right upfront, Smith introduced Shreyas Gopal into the attack in the third over of the innings. The move paid dividends for RR with the wicket of Aaron Finch. While initially given not out, a review forced the umpire to overturn his decision and send the opener back into the pavilion.

In-form Padikkal took the initiative to keep the scoreboard ticking while Kohli took his time in the middle. The in-form opener brought up his third IPL fifty in four matches and ensured RCB never strayed away in the chase.

Kohli, while struggling initially, was able to negotiate the leg-spinners with ease. The ace batsmen switched gears to being the required rate down and bring up a crucial fifty in the process. RCB chased down the total with five balls to spare