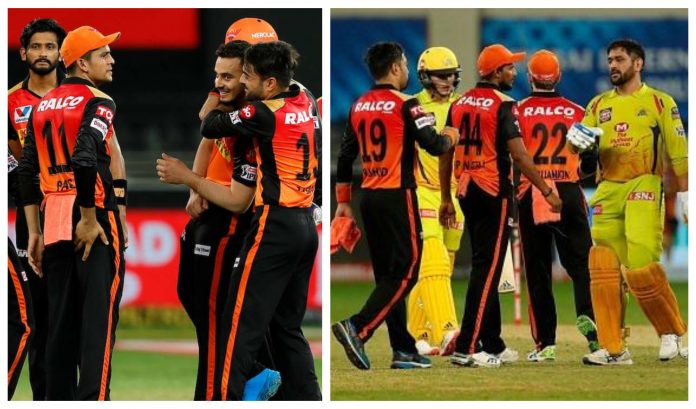 Languishing at the seventh and eighth spot on the table, Sunrisers Hyderabad and Chennai Super Kings faced each other for a major boost when it came to points. CSK’s batting and bowling performance were far from their once usual standards as their slump continues with a third straight loss.

Deviating from the current trend, SRH won the toss and elected to bat much like last time around. David Warner fielded the same eleven that etched out a win against Delhi Capitals.

MS Dhoni named three changes to the eleven which performed poorly in their last two games. Dwayne Bravo returned to action and was fielded in place of Josh Hazlewood. The other two changes included Ambati Rayudu and Shardul Thakur in place of struggling Murali Vijay and Ruturaj Gaikwad.

CSK were off to a perfect start after getting Bairstow out for a duck in the very first over. While skipper David Warner and Manish Pandey steadied the ship, CSK turned up with three quick wickets to leave SRH in trouble. 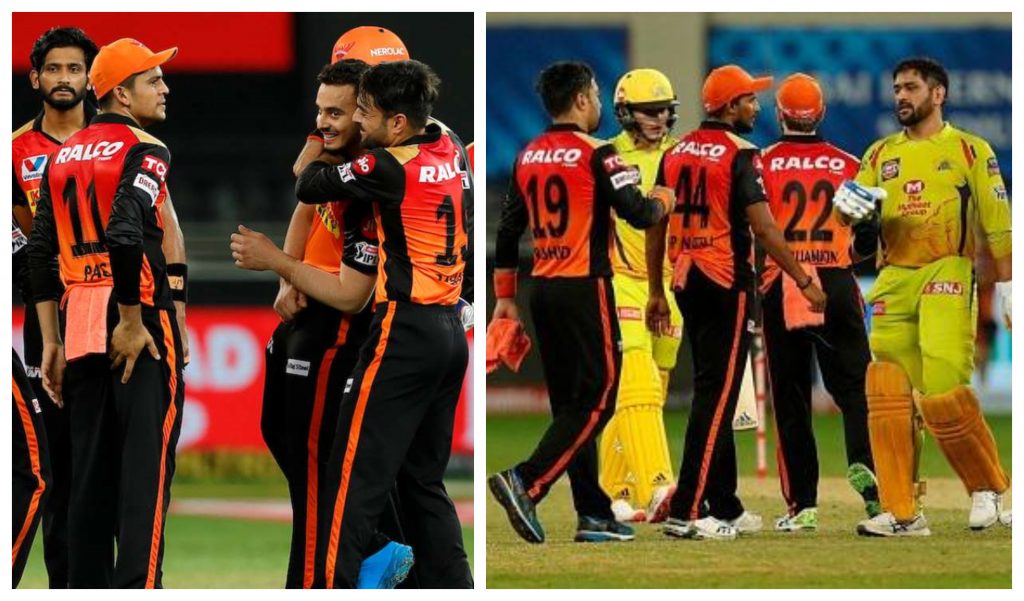 The dismissals of Warner, Pandey and Williamson left SRH at 69-4 after 11 overs. Heading towards a moderate total, youngsters Priyam Garg and Abhishek Sharma turned the game on its head with their knocks.

The Under-19 skipper hit a 23-ball fifty and was well aided by Sharma at the other end. Despite a tight final over by Thakur, the deed was already done. SRH posted a formidable target of 165 on a slow surface for CSK to chase.

Slow start just the tip of the iceberg for CSK

Much like their previous matches in this year’s edition, CSK failed to get a good start despite a change in the opening pair. Shane Watson and Faf du Plessis could only muster an opening partnership of 4 as the former was bowled by Bhuvneshwar Kumar.

Returning from injury, Ambati Rayudu also endured a short stay with 8 runs to his name. SRH enjoyed a successful powerplay with CSK reeling at 36-3 after 6 overs. Kedar Jadhav, promoted at No.4 had a horrid outing following his innings of 3 off 10 balls.

With the required run rate creeping up with each passing ball, MS Dhoni and Ravindra Jadeja were entrusted with the task of taking CSK closer to the target.

The all-rounder registered his maiden IPL fifty while SRH were faced with a setback following Bhuvneshwar Kumar’s injury. With 28 runs needed off the final over, leg-spinner Abdul Samad was handed the ball.

Despite flashy hits by MS Dhoni and Sam Curran, the target proved to be too steep in the end as CSK slumped to a 7-run loss with MS Dhoni unbeaten at 47 off 36 deliveries. This marked the first instance of CSK losing three consecutive games since IPL 7.