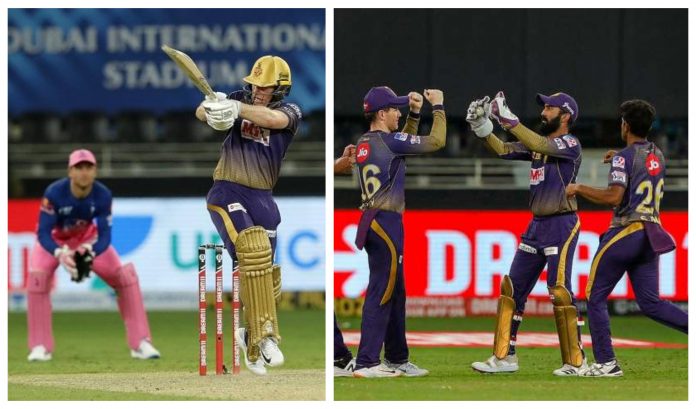 Rajasthan Royals played their first match outside Sharjah in this edition of the IPL. The franchises headed for Dubai to face Kolkata Knight Riders who registered a comfortable victory against Sunrisers Hyderabad during their last match. KKR trumped RR across all the three departments to jump to the second spot in the points table after 3 matches in.

Both the captains named the same team for this clash owing to a glimpse of early good form with their previous eleven fielded. Steve Smith elected to bowl first after winning the toss for the Rajasthan Royals.

KKR’s opening woes continued as Sunil Narine departed early once again. The budding second wicket-partnership between Shubhman Gill and Nitish Rana was broken in the tenth over by Rahul Tewatia. 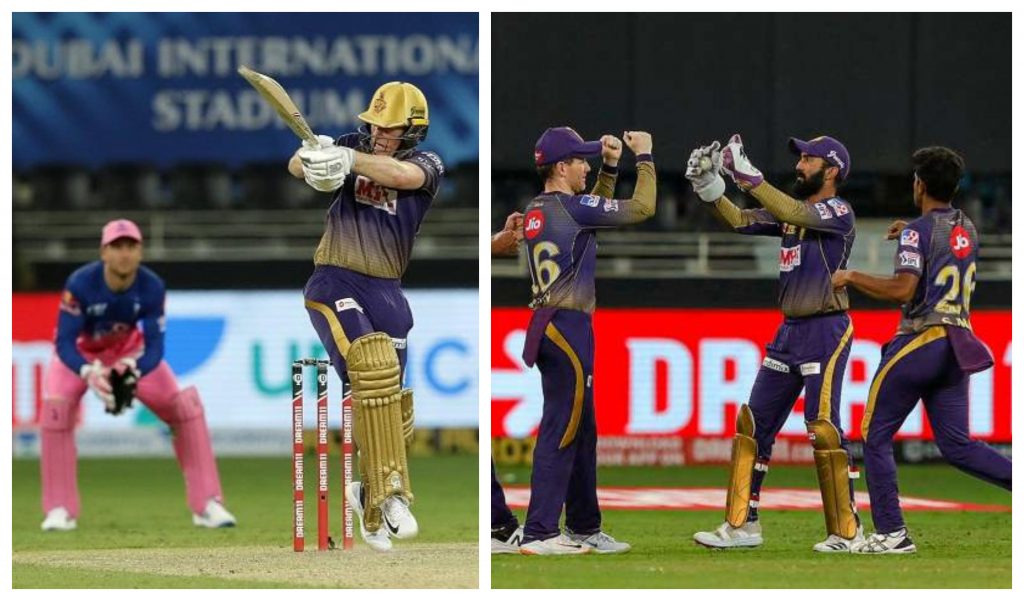 Skipper Dinesh Karthik endured yet another short stay following his duck against SRH. The wicket-keeper batsman was dismissed for 1 leaving KKR at a precautions state of 106-4 after 13.1 overs shortly after Gill missed out on a half-century by 3 runs.

Eoin Morgan’s unbeaten 34 off 23 helped the team post a competitive total of 174-6 after their 20 overs.

KKR ensured RR were never in the chase from ball one

The in-form duo of Steve Smith and Sanju Samson were dismissed early by Pat Cummins and Shivam Mavi respectively to inflict early pressure on RR.

Jos Buttler had to depart on the first ball after the powerplay. Riyan Parag also followed suit after a sharp catch by Shubhman Gill at point. After scalping the wicket of Parag, Kamlesh Nagarkoti struck again in the same over to dismiss former KKR stalwart Robin Uthappa.

Wickets tumbled much to KKR’s delight as RR slumped to 81-7 after 14 overs. However, Tom Curran led a heroic effort to register a half-century and remained unbeaten on 54 off 36 to reduce the margin of defeat. KKR failed to bowl out their opposition as RR ended with 137-9 in their 20 overs.