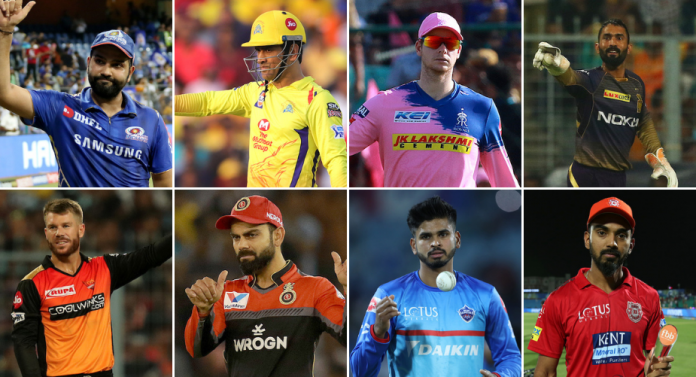 Rajasthan Royals‘ became the latest team to be eliminated from the Indian Premier League (IPL), after a chastening defeat against Kolkata Knight Riders on Sunday. The Royals, under the stewardship of Steve Smith, ended their campaign on 12 points from 14 matches played.

Considering that is the minimum points (12 points) garnered by each time-talks volumes about how close things are and how a few minuscule details could’ve impacted the playoff scenarios. MS Dhoni-led Chennai Super Kings too finished with the same points tally but took the penultimate position thanks to their superior net run rate.

If we compare the points tally of the teams in the previous editions, the now rebranded Delhi Daredevils hold the dubious record for least number of points tally-which they accumulated in the 2014 season with just 4 points from 14 matches, losing 12 and winning just two matches. Similarly, the least number of points a team ever needed to qualify for the playoffs was 12 by the Sunrisers Hyderabad during IPL 2019.

If we take that into the context, Rajasthan Royals, who will finish at the bottom of the table this year have the same number of points-which suggests how this season has been all about fine margins and peaking at the right time.

Adding a method to the madness of T20 cricket is the mantra for all the teams in the IPL and photo-finish seasons like IPL 2020 elaborate on the importance of finer details which could make or break a team’s season. That till match 53, there were as many as 6 teams in the running for the playoff berth tells us how keenly contested seasons this has been.

Delhi Capitals and Royal Challengers Bangalore were moving jauntily into the playoffs when both teams inexplicably went off the rails in the last 8-10 days. DC have lost their last four games, and RCB three. Both teams have been stranded on 14 points for a fair while, needing one win to reach the last four stage, but that has proved agonisingly elusive.

Monday night’s clash will make the winner secure of a place in the playoffs, but the loser will remain vulnerable: at the mercy of other match results and the Net Run Rate. Delhi’s decline has been more pronounced because the team looked in such scintillating form in the first few weeks of the IPL.

The matter of the fact is, the history of IPL reveals that it’s not necessary that the strongest team or the one which gets off to a steady start always wins it. There are exceptions though, like the Rajasthan Royals in 2008 and the Chennai Super Kings in 2011 when their consistent performances culminated in title wins. Hence, peaking at the right time’ or the word momentum holds special significance in sport.

Defending champions Mumbai Indians (MI) are through to the play-offs, while four teams – RCB, DC, KKR and SRH are slugging it out for the remaining three slots with two league matches to go. Eoin Morgan and Pat Cummins ensured that KKR finish their league engagements on a high, while under-fire Delhi Capitals face the inconsistent RCB in a crucial clash tonight. The winner of that game will seal their passage into the playoffs behind MI, while the losing team will have an anxious wait till MI entertain SRH in the final league game of IPL 2020 on Tuesday. If SRH wins on Tuesday, it will come down to the net run rate of DC-RCB losers and that of the Knight Riders.

Consequently, it would take a brave man to bet on the IPL 2020 playoff stage. Yet, for Mumbai Indians-its all about keeping their calm and carrying on!

IPL Playoffs: Here’s how six teams are still in a playoff hunt