The IPL Auctions took place in Kolkata and was an auction which could be vital of certain teams. For teams like RCB, DC, KKR and RR it was necessary to get players who could balance their squad. For the defending champions and finalists Mumbai Indians and Chennai Super Kings it was about just getting the back-ups.

The auctions threw up certain surprises and it also changed the the lives of many cricketers. U-19 Players Yashasvi Jaiswal, Priyam Garg broke the bank and foreign Internationals Pat Cummins and Glenn Maxwell won good bids. Cummins, the fast bowler from Australia became the most expensive foreign player in the IPL. Kolkata Knight Riders successfully bid at 15.5 crores for him. There were smart buys as Steyn, Woakes and Roy were bought at their base price. 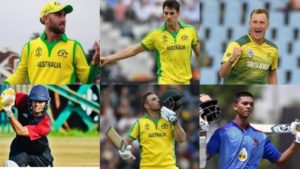 Sunrisers Hyderabad would have been a happy dug-out as the team got all the players they wanted at an affordable price. They were able to acquire International players like Mitchell Marsh and Fabian Allen at their base price. SRH also acquired Jharkhand Batsman Virat Singh and India U-19 Captain Priyam Garg for 1.9 Crores.

Kings XI Punjab had the largest purse and went full throttle on players they wanted they were successful in acquiring Australian All-rounder Glenn Maxwell for 10.50 crores and also the Windies fast bowler Sheldon Cottrell for 8.50 Crores.

Lets have a team wise look on who were the players bought in the auction:

The 3 times champions and a team which has qualified for the playoffs every-time it has participated in the IPL had just 5 slots to fill and have replacements for some players.

The young Delhi team wanted a middle order batsman who could provide solidity to batting line up and could finish the innings with a flurry. Shimron Hetmeyer was the perfect solution for their middle order woes and with him they were successful to get Australian All-rounder Marcus Stoinis. They were successful in acquiring Indian Pacers Tushar Deshpande and Mohit Sharma along with Jason Roy and Alex Carey.

A new coach, a new operation manager and a new captain can help them see a twist in their fortunes in the coming IPL. Anil Kumble was the man of the moment for Kings XI Punjab as the main man helped Punjab acquiring Maxwell, Cottrell, Neesham ,Jordan alongwith some Indian names in Ishan Porel, Deepak Hooda , Tajinder Singh Dhillon and Prabh Simran Singh

The 2-times IPL champions went on with the idea of buying a middle order batsman, a pace bowler and an opener who could give  solid start in the start of the innings. They were also successful in buying the 48-year old Pravin Tambe. The also bought Aussie All-Rounder Chrish Green, who has given his services throughout the world and English Opener Tom Banton.

Season 1 champions, have always had a knack of getting young players and this auction was no new as Royals were again able to buy young cricketers who have done well in the domestic circuit. They were able to buy the young Yashasvi Jaiswal and were able to retain Jaydev Unadkat and were also able to get Tom Curran , Oshane Thoman and Andrew Tye

A team which needed to buy a lot of international players and a bowler who could bowl well in the death. The Virat Kohli-led Royal Challenger Bangalore bought players inorder to better their best performance in the IPL. They were successful in buying Aaron Finch, Kane Richardson, Chris Morris, Dale Steyn.

They by far had the best Auctions as the 2016 Champions got all the players they wanted on a low price or on their base price. They were successful in getting the replacement for Shakib Al Hasan and Yusuf Pathan as they were able to acquire Virat Singh and Mitchell Marsh. They were also able to get the U19 Captain Priyam Garg.