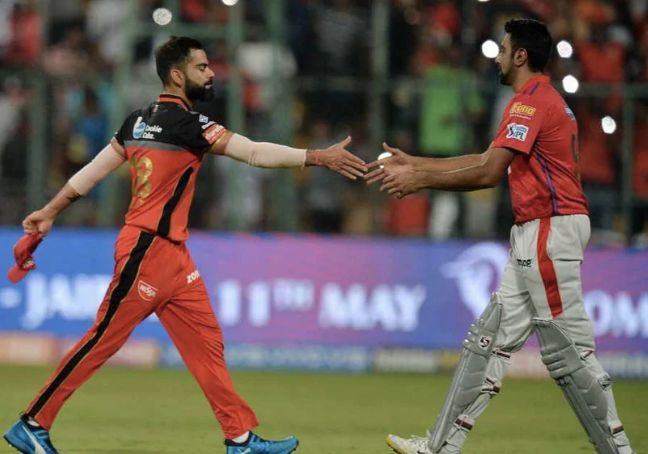 IPL 2019; Talks about the match between Royal Challenger’s Bangalore and Kings XI Punjab does not seem to die down. One of the most talked about points from that match was the animated send-ff that R Ashwin received from Virat Kohli as he caught Ashwin’s catch at the long on in the final over of the game.

The send-off and animated gestures have sparked speculation amongst the social media that Kohli was mocking Ashwin on the Mankanding episode where Ashwin Mankanded Jos Buttler earlier in the tournament to dismiss him. The gesture of Kohli in question here refers to him imitating Ashwin flicking off the bails at the non-striker’s end without delivering the ball.

Ashwin was seen throwing off his gloves in anger towards the dugout, and the way Kohli and Ashwin celebrated each other’s wicket paved way for the rumours that all is not well between the two Indian cricketers. However, Ashwin clarified “I just play with passion, so does he. That’s it. As simple as that”.

Ashwin’s Mankading incident has resulted in a lot of criticism across the cricketing fraternity and the fans. R Ashwin also tried attempting the same against Delhi Capitals with Shikhar Dhawan at the non-striker’s end, however, Dhawan too took a sly dig at Ashwin by dancing outside the crease with the bat within the crease.

On the other hand, Virat Kohli too had to face a lot of criticism as the Twitterati was unimpressed with the animated send-off.