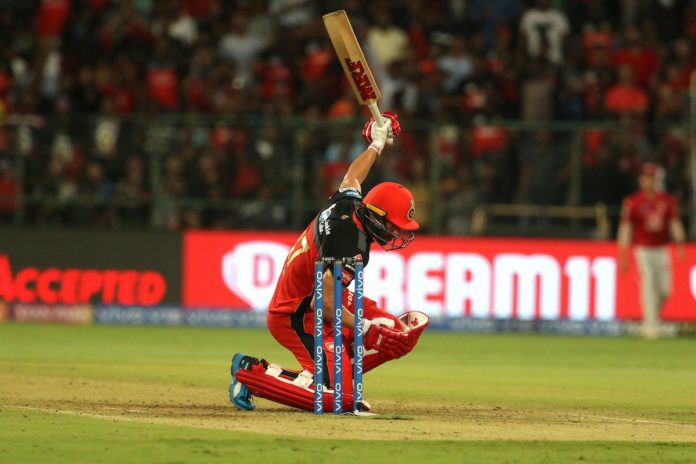 Virat Kohli led Royal Challengers Bangalore beat Kings XI Punjab by 17-runs in a thrilling game. Batting first RCB set 203 runs on the board, but KXIP only managed to score 185 runs in the 20-over chase.

For Royal Challengers, AB De Villiers smashed 82-runs off 44 deliveries with 3 four’s and 7 sixes. Marcus Stoinis, on the other hand, was the second highest run scorer for the RCB side, having scored 46 runs off 34 deliveries. 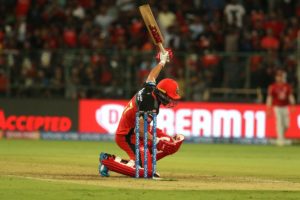 Batting second, KL Rahul and Chris Gayle gave decent start to the team with Rahul scoring 42 runs off 27 deliveries. The top batting order of the KXIP team contributed with all players scoring decent runs, but the lower order dismantled quickly.

Needless to say with AB De Villiers’ final assault in the last three over that saw RCB scoring 64-runs, this wouldn’t have been possible. RCB now have won four of their last eleven games. They have beaten CSK, KKR and now KXIP in a row.

Yeah, we’ve won four of the five. Could have been five out of five. We were just looking to enjoy the cricket and tonight was a great example of having fun. The game-changing partnership was Marcus and AB. They brought us to 200 which looked highly unlikely. We thought 175 would have been good,” Virat Kohli said in the post-match press conference.