Mumbai Indians piped the defending champions Chennai Superkings by a single run to claim a record fourth IPL trophy. The target set by Mumbai was not a humongous one, however, Chennai found itself in deep trouble with wickets falling at constant intervals.

A lot was riding on skipper MS Dhoni’s shoulders when he walked out to bat alongside Shane Watson. However, he was troubled by the deliveries of spinner Rahul Chahar and could not get going. While batting on 2 from 8 deliveries, his stay at the crease was cut short by Ishan Kishan’s direct hit as Dhoni tried to sneak in an overthrow.

The run-out has sparked a debate in the cricket fraternity as the replays did not do justice to the decision that was given. There was no conclusive evidence of Dhoni being short of his crease as different angles suggested completely different pictures. It was touch and go and a call that could influence the end result in a big way, which is when the third umpire Nigel Llong, who has not had a good IPL this season chose to press the red button which raised a lot of eyebrows amongst fans. It bewildered the spectators as to why the benefit of the doubt was not given to the batsman and people took to social media to vent out their frustration.

The following are some of the tweets that were circulated regarding the matter: 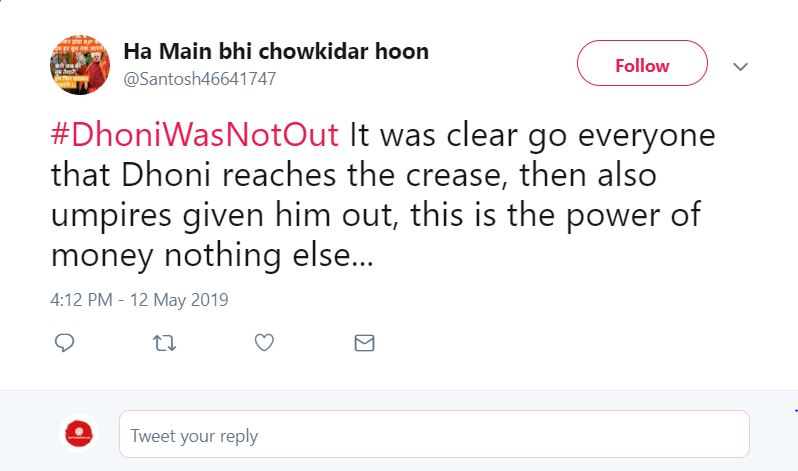 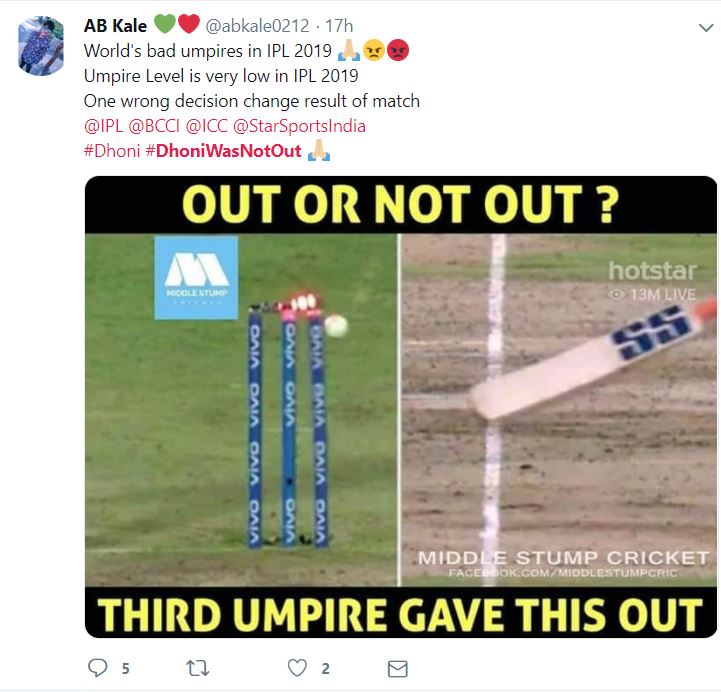 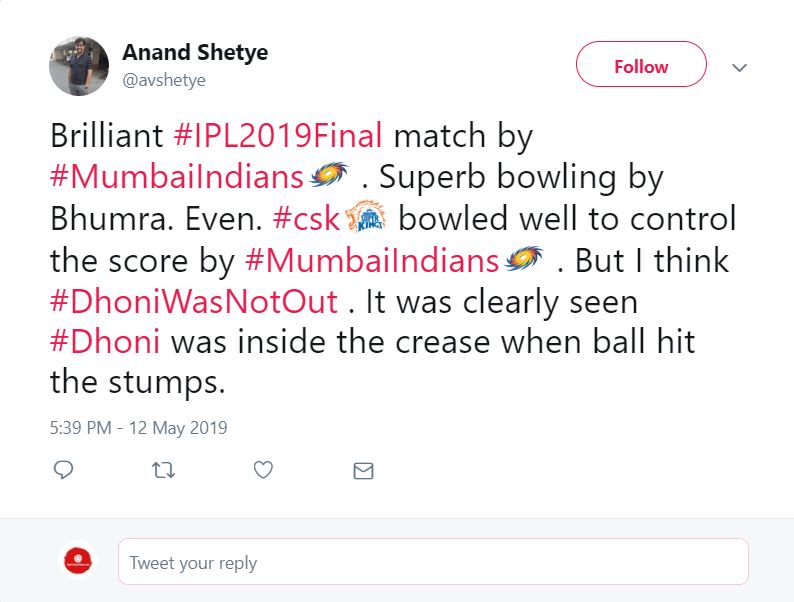 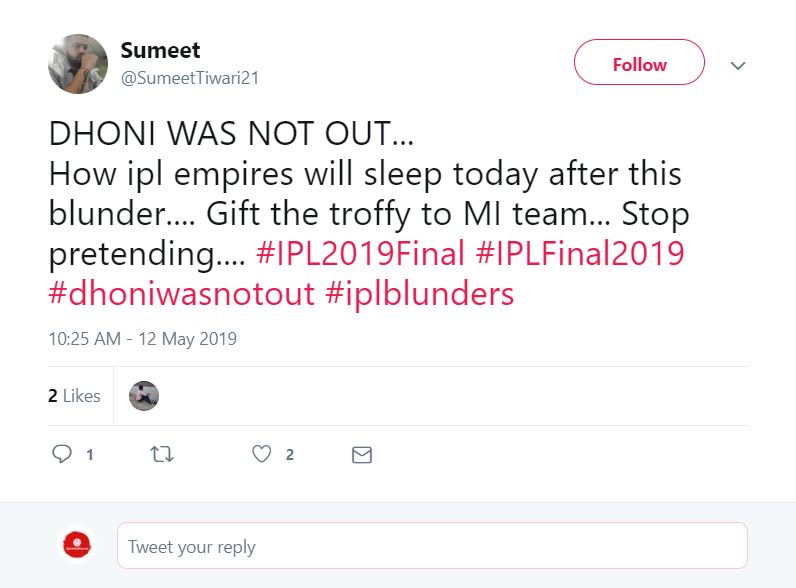