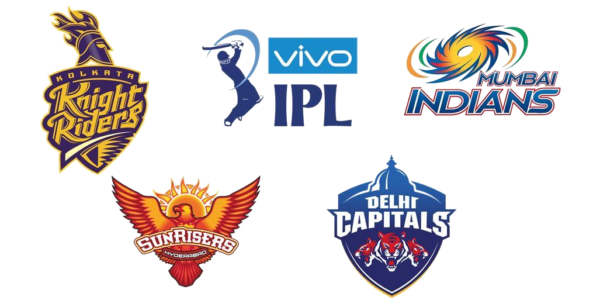 The first super Sunday of the IPL sees Kolkata Knight Riders face off Sunrisers Hyderabad at the Mecca of Indian cricket which is then followed by 3 time champions Mumbai Indians taking on a new look Delhi Capitals.

Not many gave Kolkata a chance to make it to the playoffs prior to the 2018 edition. Such was their squad, having picked a number of youngsters and with Dinesh Karthik leading their side.

But they defied all odds to made it to the playoffs even while impressing everyone. The team management’s tremendous faith on the young guns was not let down as they rose to the occasion and delivered with ease. Such performances even got the likes of Shubman Gill a chance to play for the national side a year later.

This time around, the side skillfully added some foreign recruits to the departments where they felt they lacked strength. Their new additions feature Carlos Brathwaite, Lockie Ferguson and Joe Denly to name a few. Bathwaite will join his compatriots Andre Russell and Sunil Narine who in turn are expected to continue with the exploits of the previous season.

Despite losing out Shivam Mavi and Anrich Nortje due to injuries, the squad still remains balanced having retained the core of last year.

Sunrisers on the other hand have silently been pulling off some remarkable performances while the eyes are generally on the big guns. After CSK and MI, SRH have been the most consistent side in the tournament. Their last 3 IPL seasons saw finish as runners up, third place and winners.

Also their shrewd business in the recently concluded auctions show they are a team that has all departments covered. After releasing Dhawan in exchange for strengthening the lower middle order, the side immediately went out to buy Jonny Bairstow to partner the returning Warner in the opening slots.

While the squad retained their core group of players, they released 8 players who have proven to be inconsistent. Following this, they purchased just 3 players that included Bairstow, Saha and Guptill.

Even while Warner makes his return to the world stage following his suspension, it will be Kane Willamson doing the captaincy duties. But with him expected to miss the game due to injury, it will be Bhuvneshwar Kumar who will be deputizing him. This provides a golden opportunity for Jonny Baristow to make his IPL debut.

Similar to CSK, the team from Mumbai will start the tournaments as favorites with one knowing how destructive they can be on their day. It can be said that the team led by Rohit Sharma has the best Indian contingent in the squad that includes himself.

MI’s worries in the previous seasons have been their inability to find proper openers. While they partially addressed that part last season, they did not hesitate and went out to the market to purchase Quinton de Cock from RCB.

Auction day saw them spend only little money as they had no reason to spend big on an already balanced squad. One buy that caught everyone’s eye was that of Yuvraj Singh. While many expected him to remain unsold, Mumbai out of nowhere put their heads in and bagged the 2011 world cup hero for the base price.

Lasith Malinga choosing the world cup over IPL would not be a huge blow for them considering he played no matches for them last season.

With change in team logo and team outfit, Deccan Chargers went on to lift the 2009 edition of the IPL having finished rock bottom the previous season. Delhi having followed a similar strategy will take inspiration from this and will look to start afresh.

Even though last season did not turn out as they expected, it got to see the likes of Prithvi Shaw and Rishabh Pant establish themselves that eventually earned them a spot in the Indian side.

Having recruited Dhawan from SRH, the squad led by Shreyas Iyer will be eager to fix last season’s mistakes and guide his team towards the victory path. The fans too have remained patient over the years waiting to see their side lift the title. They will hope that this new outlook will have a positive outcome on the field.