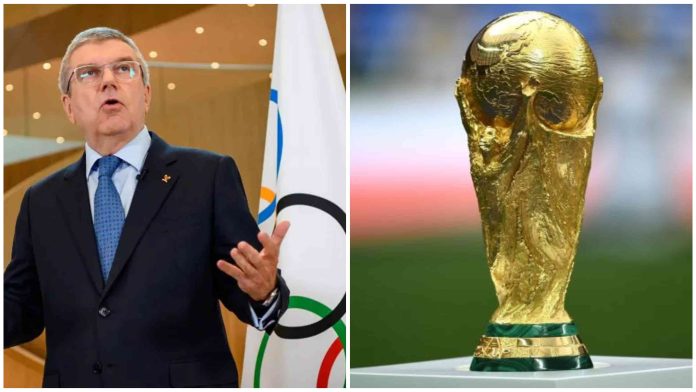 The International Olympic Committee (IOC) members have revealed their vexation over the recent talks about making the grand FIFA World Cup into a biennial event instead of the four-year format that it has been following for decades, and they believe that it will have a major negative impact, not just on football but on every sports on the planet.

Revered as the most popular sporting event in the world with billions of fan following, the FIFA World Cup has always followed a four-year format since its initiation in the year 1930. However, current FIFA president Gianni Infantino recently made a proposal to host the World Cup every two years, and he said that this change would generate an additional USD 4.4 billion in revenues for the governing body. According to an ESPN report, 166 out of the 210 member association of the governing body has shown support to the idea.

However, ahead of the upcoming Beijing Winter Olympics, IOC members have expressed their stance against the World Cup becoming a biennial event and on the first day of the IOC session, reached out to Infantino to reconsider his proposition, as they believe it would be detrimental not only to the sport of football itself but also to other sports as well.

“We would like to discuss together with the FIFA president and IOC member but this is not possible now against the expectation, because he cancelled his visit to Beijing the day before yesterday,” IOC chief Thomas Bach said on the session. “We should not discuss now on a wider scale this issue in his absence in respect for our colleague and IOC member. If you agree we will try to make contact with him and will forward these comments which have been made.”

“The plan (for a biennial World Cup) would create immeasurable damage and put sport in general in danger and in particular football,” said National Olympic Committees of Africa president Mustapha Berraf, “It would simply push away other sports and relegate them to the back benches and that would be absolutely unacceptable.”

“It would also create a rift between women’s and men’s sport and be a setback to all our efforts to create equity and parity for all sports,” Berraf added.