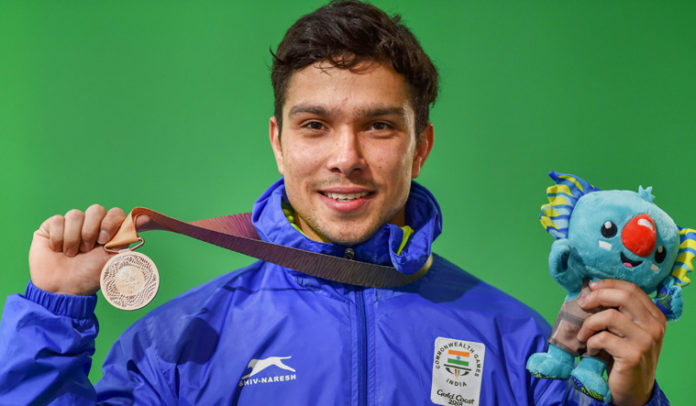 At the Commonwealth Games in 2018, Deepak Lather became the youngest Indian weightlifter to win a CWG medal.

At 18-years old, Lather won a Bronze medal at the CWG games held in Gold Coast, Australia. Deepak Lather isn’t new to breaking records, as at the age of 15 in 2015, he broke the national record in the 62 kg category surprising everyone in the process.

In 2015, the International Weightlifting Federation had rearranged the categories to 125kg and the Indian federation considered that as the benchmark for the new national record. Prior to 2015, no Indian in nearly eight-years was able to hit that mark, so it came as a surprise when 15-year-old Deepak Lather became a national record holder.

Sports India Show had the opportunity to talk with the young weightlifter from Shadipur, Haryana, where he talked about his training regimen during the lockdown.

1.) Has the lockdown affected your training regimen? How are you dealing with it?

While the lockdown as closed the national camp, I have been training rigorously in my home in Haryana. I have the weightlifting set and I am continuously training and improving myself.

I did have some problems in the beginning in the month of March, but I adapted to the situation and trained accordingly and step by step got my flow back.

2.) What differences did you feel while training at the camp and training at home all by yourself?

Yeah, there has been a lot of difference in both. In training camp, the coaches look after your recovery and also diet is taken care of. Also, one drawback of training at home is that there is no one to monitor me.

In the training camp, I am able to work on the technical aspect of my game, which is impossible when I am training alone. As far as the diet is concerned, I am eating what usually people eat in Harayana, nothing out of the ordinary.

3.) What got you started in weightlifting?

My weightlifting career started in 2010 and prior to that, I took part in numerous trials where I made it through as a sprinter and even a diver. However, I wasn’t interested in diving and they (Army Sports Institute) reassigned me to weightlifting.

I participated in my first national championship in 2013, where I won a silver. This was followed by a national record in 2015 and then a CWG medal. 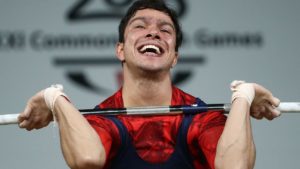 Winning in the national championship got him a spot at the World weightlifting championships. Deepak Lather was only 16 when he got the opportunity to compete at the world championships held in Houston in 2015.

While his performance wasn’t up to the mark in Houston, it was a learning experience for the 16-year old who was also the youngest weightlifter in the tournament.

“I was the youngest weightlifter in Houston. I was overawed because the biggest names of weightlifting like Kim un Guk and Chen Lijung were there. But all of them were looking at me to see what I could do,” Deepak said back in 2016. “I couldn’t control my nerves. But next time will be different,” he stated.

4.) Your father said then you could easily have been a wrestler, would you trade that for weightlifting?

Never, now it’s not possible. If I tried Wrestling earlier then probably. However, I do enjoy watching wrestling and many of my friends are wrestlers, who I live with at ASI, Pune.

5.) Many people say that your snatch is terrific, but you lack power in clean and jerk? Do you agree with that statement? If so what changes have you made to overcome that?

See the thing about strength is that it depends on age. My technical game is very strong and I am extremely good with snatch.

As I am growing, my power is also increasing every day and the changes in my strength are visible in my camp where my clean and jerk game has improved tremendously.

6.) Tell me something about your training regimen, what does it look like? How do you start your day when you’re in a training camp?

As far as diet is concerned, there’s a nutrition plan for everybody. So based on different weight categories there are supplements available for weightlifters as well.

7.) Is there a particular weight lifter that you look up to?

Yeah, I have always looked up to K. Ravi Kumar (Gold medal at the 2010 CWG Games). He was our senior and when he used to lift heavy weights, we also aspired to lift like him. Internationally, I am very much inspired by Pyross Dimas, who is a four-time Olympic medalist.

8.) Is there a tournament you are looking forward to?

Right now there aren’t tournament scheduled. There was an Asian Championship in April that was supposed to be the Olympic Qualifier. However, that got delayed because of Coronavirus. So we will have to wait and see what’s next coming up. There’s a rule that weightlifters gave to compete in six tournaments in a year and I only have one left, so If I am able to compete in another tournament and score good points, then I can qualify for the Olympics.

9.) The performance of Indian weightlifters have improved tremendously over the past couple of years, what is the reason behind that?

I started my India camp in 2013, but since then I have seen tremendous improvement in every aspect of the sport. The diet of the lifters have gotten better and there’s a physio with every team now and overall the facilities have improved and it is one of the many reasons we are seeing the India team performing so well.