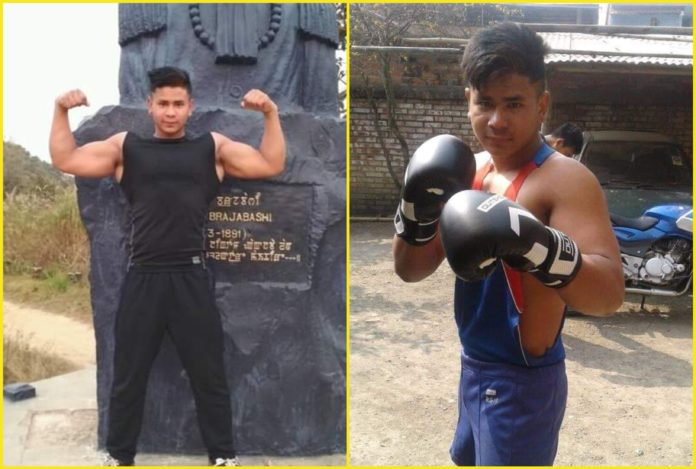 Boxing is one of the most popular combat sports in India. It has produced some of the best boxers the world has ever seen.

MC Mary Kom, Vijender Singh, Vikas Krishan, Shiva Thapa, Amit Panghal are some of the most prominent boxers to ever come out of the national system. Boxing has helped India win medals at the 2008 and 2012 Olympic games.

While the sport is popular throughout the country, there are clusters where the sport’s popularity exceeds any other sport. Northern Indian state of Haryana and the North-Eastern region has produced boxers that have won Olympic medals, Commonwealth Games medals, Asian Championships and world championships. 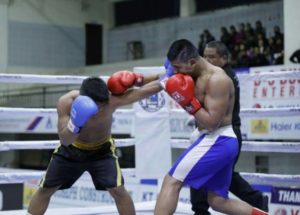 Sports India Show has decided to go deep into the interiors of North Eastern region and bring you the stories of some of the best fighters from the region, who don’t get that many eyeballs as compared to the mainlanders.

For this edition, we talked to Khoinaijam Sanamacha Singh. Hailing from Imphal, the 21-year old has quite a resume having competed and medalled at State and National championships.

Rupendra Sharma, a local businessman from Imphal and an MMA and Boxing enthusiast helped us in getting in touch with Khoinaijam Sanamacha Singh and with the translation.

1.) How has the lockdown affected your training? Were you able to train at all?

I have been continuously training in this lockdown as well. I have been doing cardio and hitting the heavy bag and the only issue I have faced till now is the lack of sparring partners and no coaches. Because of the lockdown, I haven’t been able to go to my training centre.

2.) How did you get started in boxing?

I started boxing when I was 13 years old. Devendro Singh who is also from Imphal West district represented India at 2012 London Olympics games. That inspired me to take up boxing and eventually fell in love with the sport.

3.) Where are you training right now and what are your expectations from the sport?

I have medalled at the state levels and I have only recently started competing at the Nationals. My first Elite senior nationals tournament was in 2019 in the 69 kg category. I wasn’t able to win medals, but it was a unique learning opportunity for me.

I am currently training under Sir Ibomcha. He is from a place called Kongba and he runs his own private gym. I am not training in any government institutes like Sports Authority of India. However, I am completely aware of the fact that If I am to make it to the national squad, I have to get into the SAI facility, but unfortunately, I don’t have the contacts necessary to make it there and I am unaware of the channels to go through to make it possible.

5.) What’s your target as far as amateur boxing is concerned?

When I went to Himachal Pradesh for my first nationals, I was very nervous and I couldn’t concentrate well on my boxing and due to this, I didn’t perform well. As I started training hard, my first aim is to medal at the Nationals.

Following this, I would like to gradually take steps forward and compete in Commonwealth Games, Asian Games and then ultimately Olympics.

6.) Growing up, who did you idolise as a boxer?

As we all know, Manipur is the hotbed of boxing in the North East and growing up I had numerous idols to look up to. The boxer that had the most impact on me was Devondro Singh. He competed at the 2012 London Olympic games and then medalled at the Commonwealth Games held in Glasgow in 2014.

7.) Are you satisfied with the level of training you are currently getting?

While the training provided by my current coach has been phenomenal, I feel I need an upgrade, If I am to compete at a higher level. If possible, I would like to train under Dinko Singh, who has a boxing academy of his own.

8.) Did you have the support of your family when you started boxing?

My father is in Indian Reserve Battalion and initially, they didn’t support my boxing journey and in those days I used to make kites and sell them so that I could afford boxing shoes and milk for my nutrition.

We also have a festival called Cheiraoba and during that festival, I sell stuff and make sure that I have a sufficient amount of money for my training and diet. After I started getting medals in State and other local tournaments, my parents started supporting me.

9.) Do you work or are you currently studying?

No, I work part-time and I gave my 12th examination and I am waiting for the results right now.

10.) Do you any aspirations about turning pro in the near future?

Yeah, of course, I always watch Mike Tyson’s video and aspire to be like him. Although Mike Tyson was already a world champion when he was my age, I would first like to secure some international medals first before venturing into the world of Pro Boxing.

11.) Do you have aspirations for MMA, given the fact that the sport is gaining a foothold in Manipur?

Yeah, I am aware of the fact that MMA is the fastest growing sport in the world and if given the opportunity I would definitely like to make the transition. However, first I would like to take Wrestling classes so that I can develop my ground game and learn some kicking techniques as well. I think I will do well in MMA as I have a natural striking game, I just need to focus on my grappling and kicking.

12.) Which is the toughest fight of your career so far?

The toughest fight of my career came in October of 2019 in Himachal Pradesh. I fought a guy who was six-feet tall and I was having lot of troubles with his height and reach.

Exclusive with Khaidem Homeshwori: I work at a Betel Shop when I’m not fighting!