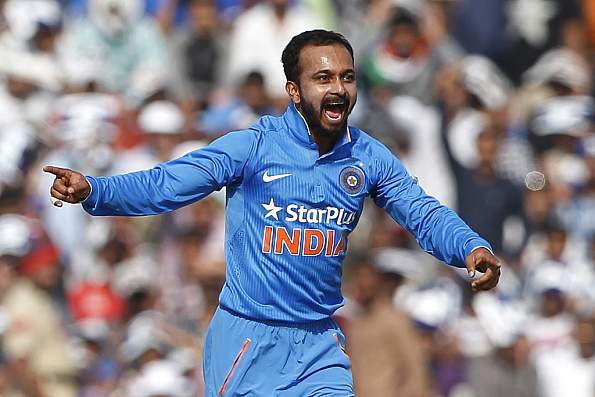 The Board of Control for Cricket in India (BCCI) on Thursday announced the 15-member squad for the remaining three one day internationals (ODIs) against the Windies. While pacers Jasprit Bumrah and Bhuvneshwar returned to the ODI setup, Mohammed Shami was dropped from the team. Middle-order batsman Kedar Jadhav, who recently played Deodhar Trophy for India A was also left out of the 15-man squad.

Startled by his omission, the 33-year-old said, “I need to see why they didn’t pick me. I have cleared all tests and that’s why I played the match today. I am match fit. Unless you clear all tests you, shouldn’t be picked for and matches and since I was fit the selectors asked me to play the Deodhar game. If I am not in the Indian team, I’ll focus on playing Ranji Trophy.”

Jadhav was asked to join the India ‘A’ team. Perhaps the selectors wanted an assessment of his fitness before they could ultimately draft him into the squad for the fourth ODI against the Windies. “We don’t want to rush him. He has been breaking down whenever he has made a comeback. We wanted to give him enough game time to test his body. We hoped that he would be playing the Deodhar final but unfortunately his team lost.” Prasad told in an interview.

“He will come back to the team. There is no doubt about his ability. You can’t hide things. I expect the same honesty from their side,” Prasad added.

After a tied encounter in Vizag, India and West Indies face off for the third ODI against West Indies on October 27 in Pune.