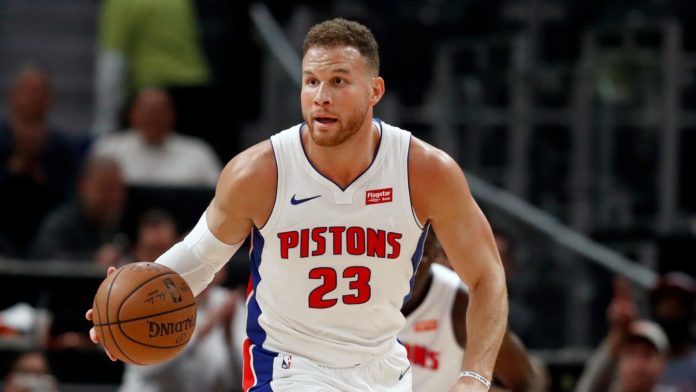 2018-19 was an extremely interesting season for Detriot Pistons. They ended the regular season with 41-41 record on their way to securing the 8th seed in the playoffs for the Eastern Conference.

However, that seems like a far cry in the 2019-20 season as the franchise has been devastated by key injuries. The pistons are currently 14-25 in this regular season and with Blake Griffin’s injury, one would think playoff hopes have diminished. However adventurous Detriot fans can still bet on the upcoming game as NBA betting in Michigan state was legalised last month.

Nothing has hurt the Pistons this season more than the absence of six-time all-star Blake Griffin. He carried the Michigan based franchise to the playoffs last season and it was only the second time in the decade that Pistons had made it that far.

He only played in 18 games this season and last Tuesday, the Detriot front office announced that he had successfully undergone an arthroscopic debridement of his left knee in Los Angeles, which means he will likely not return this season.

Griffin was traded to the Pistons in January 2018 and at that time it looked like the Pistons had gotten themselves the best deal they could have possibly hoped for and for the most part it was true as well. Griffin is one of those players who’s availability in the court is very high. Last year he played 75 games in total and injured his knee in the process of taking his team to the playoffs.

Griffin has undergone two knee surgeries in a period of less than a year. Injuries from the past season kept bothering him this season as well. This season he has averaged 15.5 points, 4.7 rebounds and a 35.2 FG percentage which is not expected from a player of Griffin’s calibre. He also averaged only 24.3 3-point percentage in the 2019-20 season, which is his worst since 2013.

To make the matters worse for the Pistons, major injury to Reggie Jackson, Khyri Thomas and Luke Kennard suffering minor injuries and not to forget Markieff Morris who is the backup power forward hasn’t played in last six of Piston’s game.

"One team, I'm told, that has made an inquiry (on Andre Drummond) are the Knicks."

All things considered, it’s highly likely that the hopes for Piston to qualify for the playoffs are over and if the trade rumours surrounding Andre Drummond are true then Pistons have surrendered.

WHAT CAN PISTONS DO NOW?

Amidst all the injury dilemma, the franchise now has put their faith on youngsters like Sviatoslav Mykhailiuk and Sekou Doumbouya.

19-year old Sekou made his first defensive debut against the Los Angeles Clippers and then faced the Golden State Warriors and Los Angeles Lakers in the next two subsequent matches.

In the match against the Clippers, he played for 27 minutes and scored 10 points and 11 rebounds.

In his second match against the GSW, he played for 38 minutes and scored 16-point, 10-rebound with two assists, two steals and a block.

Pistons should be betting big on Sekou because despite playing basketball for only seven years, he is extremely athletic and has a very high-level rebounding game.

The 22-year old Ukrainian, Mykhailiuk is playing in the second season of his career as so far has performed alright this season. He has started eight of the last nine games which is very impressive considering, he wasn’t even in the rotation at the beginning of the season.

Mykhailiuk has averaged 11.4 PPG as a starter and has also improved his deep range shooting to 44.4 percent from 41.8 percent.

Detriot is not having the best season, which is disheartening for the Piston fans and even more so for the team owner Tom Gores. However, the best thing for the team to do is to let the season get over and get into the lottery and hope that they land a decent rookie.