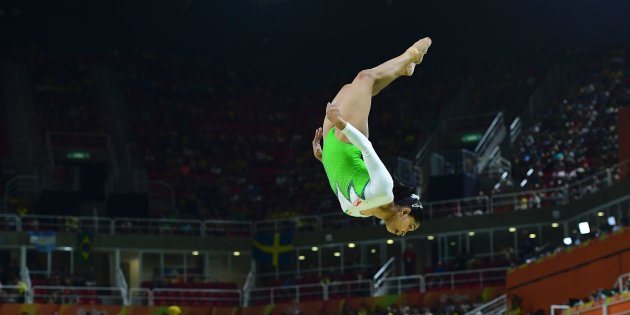 Olympian Dipa Karmakar along with Aruna Budda Reddy, Rakesh Patra, and Ashish Kumar will represent India at the Individual Apparatus World Cup to be held in Cottbus, Germany from 22 November to 25 November. However, the sorrow state of gymnastics in India is preventing her from giving her best shot.

The Sports Ministry of India had derecognized the Gymnastics Federation of India in 2012 stating internal disputes. However, it had allowed the gymnasts to represent the country in Olympics and other sporting extravaganzas. But, their participation under the tricolor at the forthcoming World Cup remain in doubts.

The Sports Authority of India sent out a circular recently which bars the derecognized federations like GFI from representing India at international events. This has taken a toll on the athletes and adversely affects their morale.

“Nandi Sir tells us to focus on our training and that’s what we do. But these outside issues do affect me. It’s not good for the sport,” a dejected Dipa Karmakar tells Times of India.

Despite the tug of war between SAI and GFI, Dipa Karmakar has produced some wonderful performance, including a gold medal in the women’s vault event of FIG Artistic Gymnastics World Challenge Cup in July 2018. The Sportsindiashow team wishes her all the best for the World Cup.