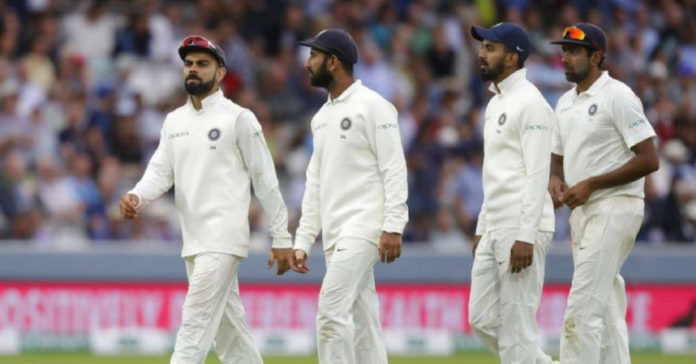 The action-packed test series moves to the iconic Trent Bridge at Nottingham where the
two nations will collide in the third test of the five-match series. Both sides head into the
encounter with contrasting mindsets, while the hosts have managed to find them
balanced side and resolve their issues from the opening test, the Men In Blue look jaded
with a lack of contributions from both the batting as well as the bowling unit.
After their dismal show at the home of cricket, the visitors have a huge statement to
make in the upcoming series if they need to make a comeback in the series. Issues such
as the team balance would be one of the few areas that Virat Kohli and coach Ravi
Shastri may pinpoint.
With the Trent Bridge test not far away, let’s have a look at the line-up that the Blues
may go for. 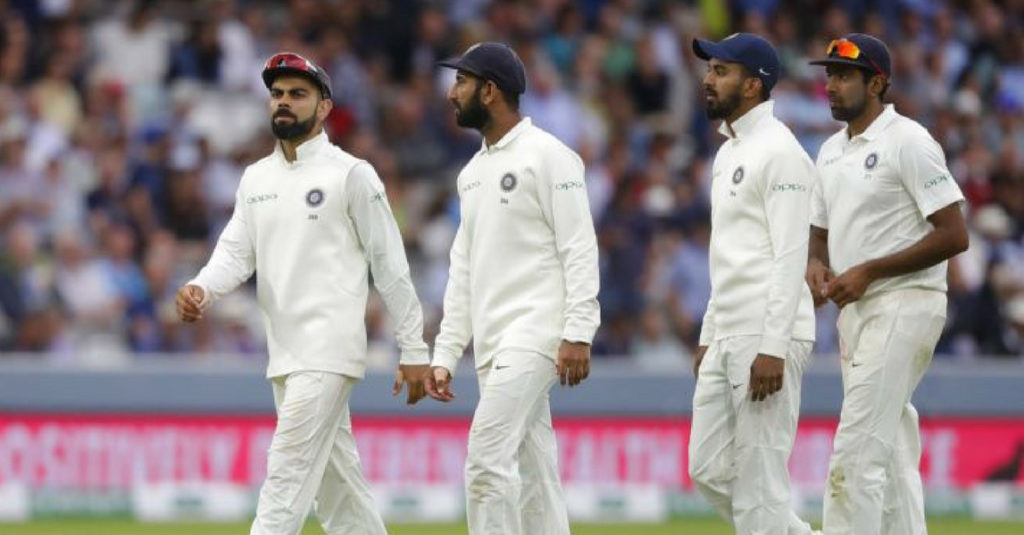 1. Shikhar Dhawan
This tour has been a nightmare for the openers, to say the least, and Murali Vijay’s
horrible outing at Lord’s may force skipper Kohli to bring back Dhawan at the top of the
order.
2. KL Rahul
After a bright display in the limited over series, the Kings XI Punjab batsman has
surprisingly faded away in the test series. The lack of choices may force India to go with
Rahul at the top.
3. Cheteshwar Pujara
Despite the run chart not pointing towards an impressive display, Pujara was solid
against the England seamers and will get the nod to add the much-needed stability in the
middle order.
4. Virat Kohli
The skipper would hope for more contributions from batsman around him as the Indian
batting line-up is yet to cope up with the conditions in England.
5. Ajinkya Rahane
Despite going through one of the leanest patches of his career, Rahane would look to
bring in confidence with a good display in Nottingham.
6. Rishabh Pant
A below par tour for Dinesh Karthik could prove decisive for the Delhi wicket-keeper
the batsman who might get to don the whites for the first time in the senior squad.

7. Hardik Pandya
The decisive need for an all-rounder might go on to secure Pandya’s place in the
line-up despite not being up to the mark so far.
8. Ravichandran Ashwin
One of the few lone bright spots for India, Ashwin is integral to the team’s success
and will be one of the first names to be fixed in the playing eleven.
9. Mohammed Shami
A key member of the Indian test set-up, Shami will hope to bring the goods at
Trent Bridge.
10. Ishant Sharma
Clearly India’s most reliable seamer on the tour, the lanky pacer is expected to
lead from the front to topple the deep English batting line-up.
11. Jasprit Bumrah
Having recovered from his finger injury, Bumrah would be raring to go in the
whites after a good showing in the South Africa tour earlier this year.