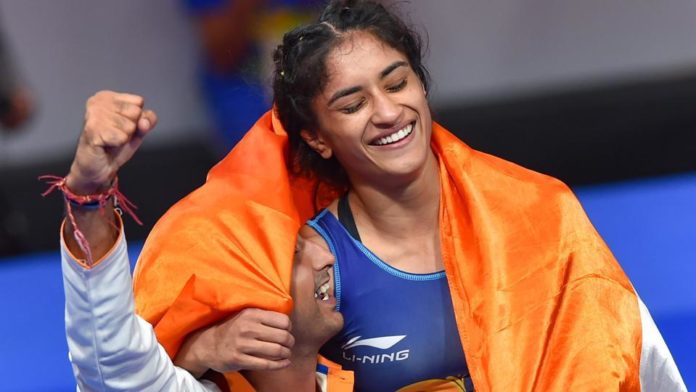 Vinesh Phogat became the first Indian to qualify for the 2020 Tokyo Olympics which is set to begin from 24th July 2020 in the Japanese capital.

She had earlier also qualified for the Rio Olympic game back in 2016, but she had to pull out of the tournaments midway after suffering from a knee dislocation in the quarter-final match where she was all set to wrestle Sun Yanan of China. However, since then Phogat has been proving critics wrong after winning a maiden World Championship medal in 2019. 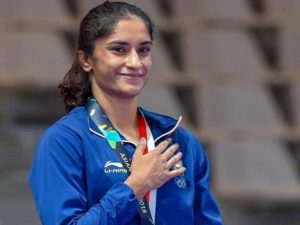 Phogat has since won gold medals in 2014 and 2018 editions of Commonwealth Games and Asian Games.

In a recent interview with India Today, Phogat revealed that she had lost hope after suffering a career-threatening injury at the Rio Olympics, but she has come a long way since 2016.

“I never thought that I would recover and reach the Olympics again. I always keep thinking of getting another chance to win an Olympic medal. Even when I would get tired in training, thoughts of my Olympic dream kept me going. I used the frustration of the last Olympics to secure the quota and it was a big weight off my shoulder,” she said.

Phogat’s 2020 Olympic dream almost ended at the world championship as she was defeated by Japanese wrestling star Maya Mukaida 7-0 in the pre-quarterfinal stage, however, she defeated Yuliya Khalvadzhy of Ukraine in an extremely dominant fashion in the first round of the repechage and then went on to defeat World silver medalist Sarah Hildebrandt in the second round of the repechage and then she defeated greek wrestler Maria Prevolaraki in the bronze-medal match to ultimately clinch the Bronze medal and thus becoming the first athlete to qualify for the 2020 Tokyo Olympics.

“There is hope and everyone is happy that I have qualified for the Olympics for the second time. And everyone’s prayers have made it possible. People have been very supportive since my injury in the 2016 Rio Olympics. Never felt that I have been alienated and that gives me motivation. And that’s the reason that after 4 years, I have still made it to the same level as I was in Rio Olympics. Not just mine but everyone’s dreams were shattered when I was stretchered off the mat mid-way during my quarter-final bout in Rio. I would like to repay people’s prayers with my performance at the Tokyo Olympics.” Phogat said after winning a world championship medal. (H/T – IndiaToday.in)