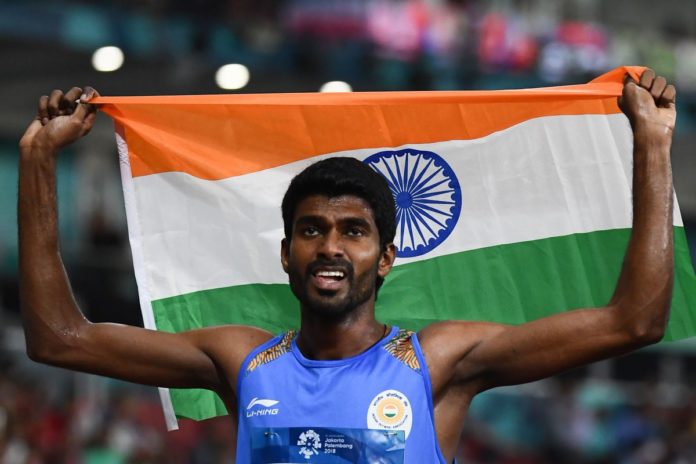 Johnson clocked 3:44.72 seconds to claim the top honors ahead of Iran’s Amir Moradi, who turned in a timing of 3:45.62, his season’s best. Johnson earlier won a silver in the 800m event. Ending with a bronze was Bahrain’s Mohammed Tiouali (3:45.88sec).

This was also a historic moment for Jinson and India as he won the first gold medal in 56 years to win this event at the Asian Games, following Mohinder Singh’s gold at the 1962 Games. 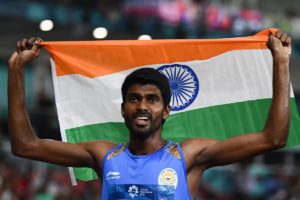 Jinson Johnson had a humble beginning as he started racing in the muds tracks of Chakkittapara in the Kozhikode district of Kerala and later moved to sports hostel in Kottayam before joining the Indian Army in 2009 in the artillery center in Hyderabad, where he was groomed by the best coaches of the Army and had better infrastructure for training. As of July 2018, he is posted as a junior commissioned officer at Hyderabad.

Johnson won the silver medal in the 800 meters event of the 2015 Asian Athletics Championships held in Wuhan with a time of 1:49.69. He also won three gold medals at the Asian Grand Prix in Thailand the same year.

Johnson qualified for the 800 meters event at the 2016 Summer Olympics by clocking his personal best time of 1:45.98 at Bangalore in July 2016, meeting the Olympics qualification standard of 1:46.00. It is the third fastest time by an Indian in 800 meters.

Twitter users in India left no stone unturned in congratulating Jinson Johnson for his historic achievement.

GOLD FOR JINSON JOHNSON. He was stunned in the 800m, but Jinson Johnson proves he is the best runner over 1500m winning gold in 3:44.72 seconds at the #AsianGames2018 pic.twitter.com/q2hDfkNPKo

JINSON JOHNSON GETS A GOLD!

Not only that, he actually SURPASSED the 2016 OLYMPICS GOLD MEDALIST'S time in the Men's 1500 m!