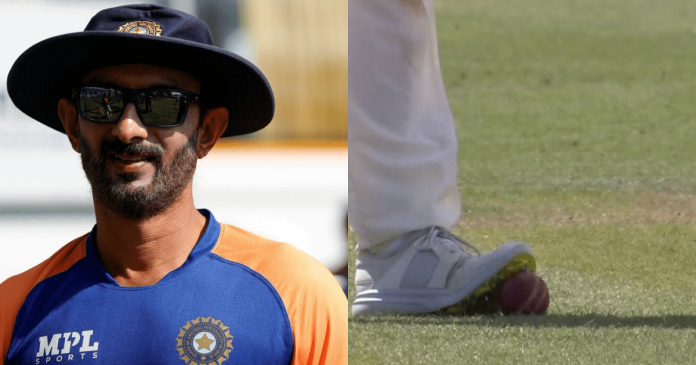 The English cricket team grabbed headlines during the fourth day of the second Test for all the wrong reasons. Two of its players tried playing a bit of “football” with the red cherry during the post-lunch session. However, many fans and experts in the cricket fraternity felt that they were trying to tamper with the ball using the spikes of their show. India’s batting coach Vikram Rathour responded to these allegations. 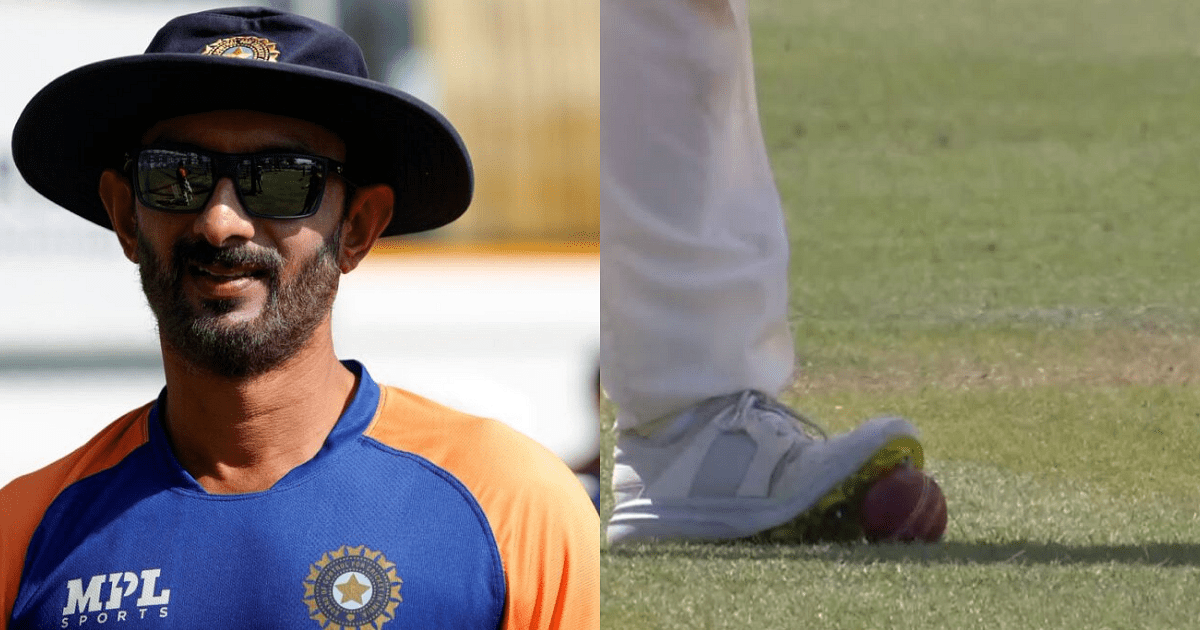 From the footage that emerged, one England player passed the ball to another, who used his spikes to trap it. This led to a storm of accusations that emerged on social media.

Indian batting coach Vikram Rathour feels it was “not deliberate”

The Indian batting coach said that the instance was not deliberate according to him. “We saw it much later but I don’t think it was deliberate,” Rathour said at the post-day press conference. Hence, the Indian team hasn’t lodged an official complaint with match referee Chris Broad.

In fact, when an Indian fan asked Stuart Broad on social media if it was intentional, the injured England seamer replied: “Of course, it wasn’t.”

Broad’s explanation was that if the umpires needed to check the ball after the particular incident to ensure it hasn’t been fiddled with, then every six would warrant a ball check.

My comments are- Woody tried to nut meg Burnsy by tapping the ball through his legs (a very common occurrence) & he missed and kicked the ball there by accident. Instead of screenshotting the pic, watch the video- quite plain & easy to see

Depends If it was damaged? Exactly the same if it was hit into the stands. If it didn’t make a mark, why change it ?

India bundled out the hosts at 391 on day three of the second Test match at Lord’s. Coming in to bat, the Indian openers had to depart early on as England’s skipper Joe Root brought Mark Wood early on and the pacer scalped the prized wickets of KL Rahul and Rohit Sharma

Virat Kohli too walked back the hut with 20 runs to his account. Pujara and Rahane stitched a 100-run partnership before the duo walked back in quick succession.

The Indian team would enter into the final day of the second Test match with Rishabh Pant and Ishant Sharma holding the fort for the side. The team was reduced to 181-6 on day four and now with just four pacers left to take the charge of the field.

Mohammed Siraj reveals the reason behind his ‘finger on lips’ celebration