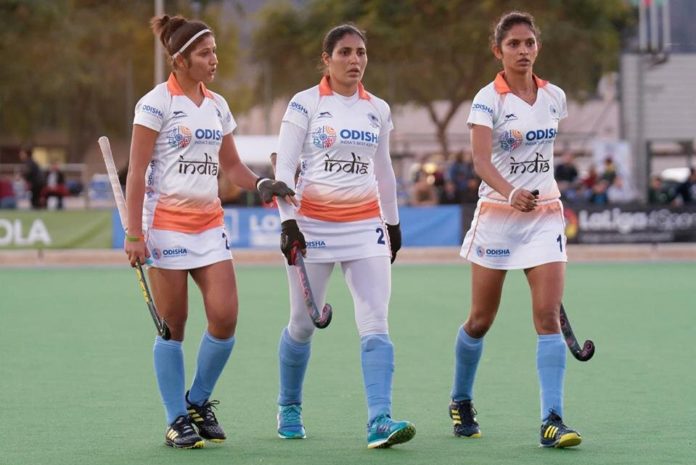 The Indian women’s hockey team showed no mercy in thrashing a lowly-ranked Fiji 11-0 in their final group stage match of the Women’s Hockey Series Finals in Hiroshima. A total of seven Indian players found their name in the scoresheet with Gurjit Kaur leading the pack, scoring four goals.

Apart from Gurjit, Monika also scored for the tricolor. Laremsiani, Rani, Vandana Katariya, and Lilima Mainz were the other team members who found the back of the net for India.

Fiji was able to make only one circle penetration throughout the sixty minutes as compared to India’s 74, a statistic which proves the team’s dominance in the game. Fiji did show some resilience in the third and fourth quarter but it was too late.

With the win, India retained their pole position in the Pool A and qualified for the semi-finals which will be held on Saturday. They had beaten Poland and Uruguay in their previous fixtures.

India will take on Chile in their all-important semi-final clash, who caused an upset in the tournament by defeating hosts Japan. A win for India will guarantee them a spot in the final round of the Olympic Qualifiers.