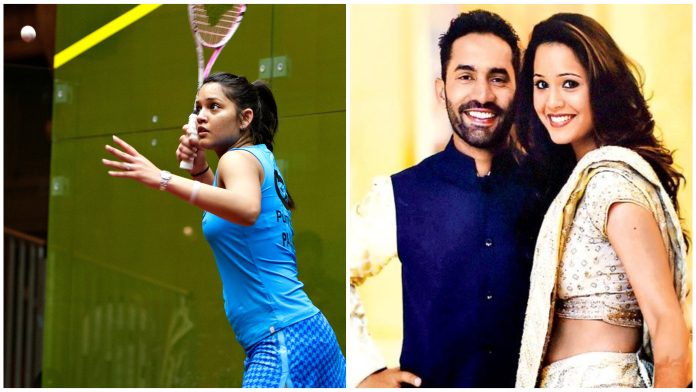 Back in 2018, Indian squash star Dipika Pallikal, who is the wife of Dinesh Karthik, decided to take some time off from the sport to focus on starting a family for herself. And now, the Arjuna awardee, who recently gave birth to twins in October, is planning to make a comeback to the sport, with her mind set on starring at the upcoming Commonwealth Games and the Asian Games later this year.

A former world no 10, Dipika Pallikal along with the country’s highest ranked player Joshna Chinappa had won the first gold in the Commonwealth Games at 2014 Glasgow. Now, the 31-year-old is aiming to make another set of history as she aims at a return to squash at the two major sporting events.

“Yeah it is hard,” Dipika said in an interview with PTI, when asked about being a mother as well as a pro athlete, “but I don’t want to emphasise on it. Obviously, it’s hard with the sleep cycle of the kids and it is double the work because of twins. My husband is also an athlete, and he’s away training and playing. So a lot of responsibility lies on me but obviously I’m very lucky to have had to have a solid system, a family, that helps me with my scheduling that I still go for training in the morning and the evening.”

“…it’s all the same like before but have to get up for a feed at 3am before training. But I knew well before that I wanted to come back and play. I had wanted to do this even before I had kids and I know it was going to be double the hard work that I had to do after I get kids. “It’s been exactly that, it’s not been easy, but I’m enjoying the space of extra responsibilities of just going back home after training and being with the kids.”

Dipika, who has been undergoing rigorous training ahead of her return, is speculated to participate in the doubles events at the CWG 2022 in Birmingham, and gradually play in the singles events at the Asian Games in Hangzhou.

“It’s a very new way to look at life,” said the mother of two, who has also started a business of interior designing in the last two years, “How do I say, it’s a very new outlook to life. It has always been squash, squash, squash since I was 10, me wanting to be the best in the sport. But so many things happened in life in the last two years. I have learn to appreciate life and I appreciate the smaller things. So for me to just be back on court standing on both my feet and playing that is giving me happiness.”