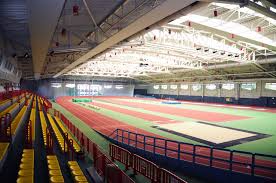 With the uprise of corporate investments and the number of awardees increasing potentially every year, we are to an extent assured that the Indian Sports Industry is only to boom in the near future and keep on creating prolific World Champions like Hima Das and others.

Sport not only indulges into discipline but it’s a way of life. According to stats, sports reduces stress, uplifts mental and physical health, creates friendships and the most important thing is a developed country has its sporting culture prospered because it increases a nation’s happiness index as stated by the nation’s Badminton sensation Mr Pullela Gopichand, “It is not necessary to create champions but to create environment where everyone — kids and adults — enjoy sports. Remember sports increases a nation’s happiness index and improves quality of life.” He added, “We need to ensure that kids taking sports need to be incentivised so that they can lead a good life. Kids need to learn discipline and sports is fundamental for this.”

Mr Gopi emphasized the fact that the nation no longer suffers from sport facility issues and also spoke about the difficulties he faced as a player in getting proper facilities when he was young.

Andhra Pradesh, on the other hand, has been working on developing an International Sports Complex which will come in three phases and will comprise integrated sports hub spread in 20 acres with an estimated cost of Rs 1,400 crore, a multi-purpose sports stadium, multi-purpose training campus. The complex is estimated to be costed around Rs 50 Crores which is sure to revolutionize sports in Andhra Pradesh. The project is estimated to be completed within 2021.