On Thursday, Swastika Ghosh became the third table tennis player to file a complaint with the Delhi High Court over her expulsion from the Indian Commonwealth Games team. 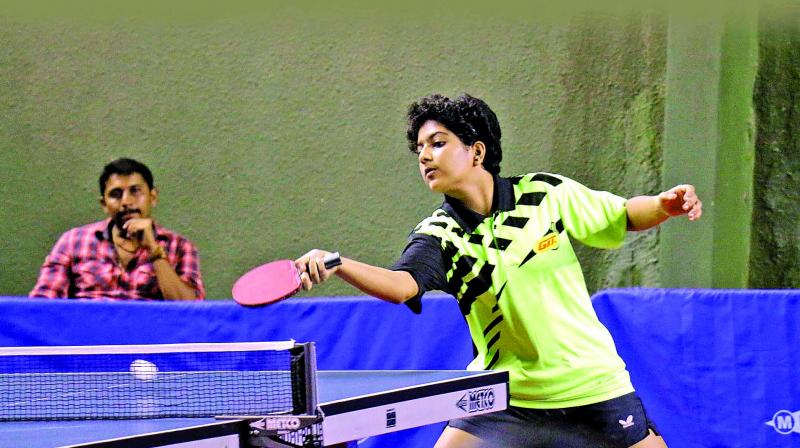 Sandeep Ghosh, her father and coach, told PTI that they had filed a writ petition in the Delhi High Court, which would be heard on Friday.

“She is number four as per the selection criteria and should be in the team,” said the father.

Diya Chitale and Manush Shah had also sought the HC’s intervention in the matter.
Chitale has now been added to the squad at the cost of Archana Kamath, while Manush, who is also in the top four according to the criteria, was left out of the men’s team when the TTFI’s Committee of Administrators released the final selection on Tuesday. On Friday, Manush’s case will be heard as well.

Swastika, 19, was named as a standby alongside Manika Batra, Chitale, Reeth Rishya, and Sreeja Akula in the amended squad.
Sharath Kamal, G Sathiyan, Harmeet Desai, Sanil Shetty, and Manush are among the men’s squad members.

The selection standards, which take into account domestic results (50%) and foreign performances (30%), as well as selectors’ discretion (20%), has gotten a lot of attention, with players taking to the court in search of “justice.”

From next season, the CoA has changed the rules to 40-40-20, with a player rated in the top-32 receiving an automatic berth.

For major games such as the Olympics and Commonwealth Games, a selection criteria must be in place, according to a former India player who requested anonymity.