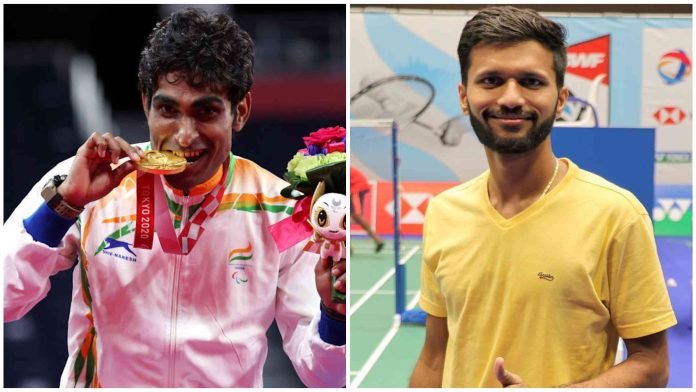 Pramod Bhagat and Sukant Kadam, the elites of the Indian para shuttling fraternity have started their training for the upcoming 2024 Olympic Games in Paris with a stint at the French capital that will last for ten days. Following a 15-day training stint in Spain earlier, Bhagat and Kadam commenced their training at the “CREPS ile de France” academy in Paris.

World No 1 Bhagat, who clinched a gold at the Tokyo Paralympics last year in Men’s singles SL3, have joined World No 4 Kadam along with Mathieu Thomas, representing France in the SL3 category, to train under Michel Taalba, Clement Gillot and Fabrice Bernabe.

“We wanted to get acclimatized to the conditions of courts and weather in Paris as the 2024 Paralympics is going to be held here and that is the final goal and I am working towards the same. We also wanted to understand the thought process and strategy these players use,” Bhagat was quoted in a press release.

“With Paris 2024 little more than two years away, we hope that training with the French team will benefit us in our preparation for the big event. Besides we are looking to adapt to the new BWF rule of different grades and levels in the tournament,” Kadam added.

Following their Paris training stint, Bhagat and Kadam will join their fellow Indian contingent for the upcoming Spanish International, which will begin from 8th March at Cartagena and will be held till 13th March.