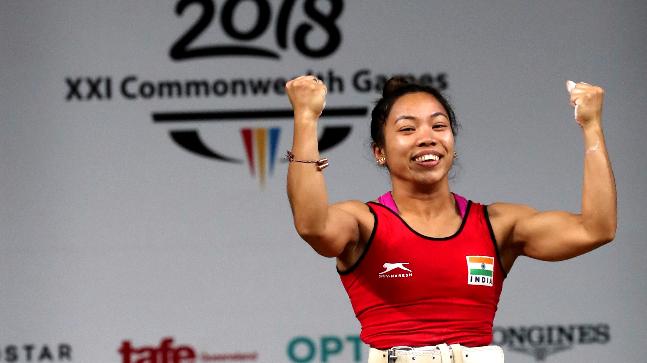 Saikhom Mirabai Chanu has clinched yet another gold medal at the Qatar International Cup, after the Commonwealth Games last year. The 24-year-old weightlifter is not ready to back down yet as she has her eyes on the Tokyo Olympics next year. The Qatar Internation Cup was held this Friday in Doha, and it is the first time that an Indian has managed to win a gold at the event. It is a proud moment for the nation as well as Mirabai Chanu as she is being showered with congratulations and love on Twitter. 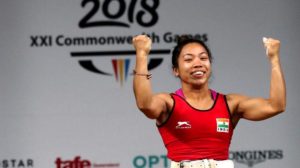 The 24-year-old Chanu hails from Manipur and has been participating in the 48kg category women since 2014. She had quite an interesting childhood. As kids, she and her brother were required to bring in firewood from the nearby woods. While her parents expected her brother to carry more firewood, they would be surprised by how much weight she could lift at the tender of age of 12.

The nation took notice when she managed to bring back home a gold medal from the prestigious event–Commonwealth Games. Young Chanu won over the judges at the Qatar International Cup after lifting a combined weight of 194kg. She was able to lift 83kg in snatch and 111kg in clean and jerk in one go. This win will help her make the Tokyo 2020 cut. This is the second time she is trying for the Olympics, her previous attempt had failed. While she did qualify for the 2016 Olympics that was held in Rio, she came back home empty-handed because she could not lift any of the weights.

Although, her performance is greatly appreciated, her performance at the event cannot top her personal record which is 201kg. The famous wrestler was awarded the Padma Shri for her contribution to the sport. Apart from this, she was also honoured by the Rajiv Gandhi Khel Ratna.

The Ones That Got Away: A quick look at the unsold players after the end of 2020 IPL Auctions