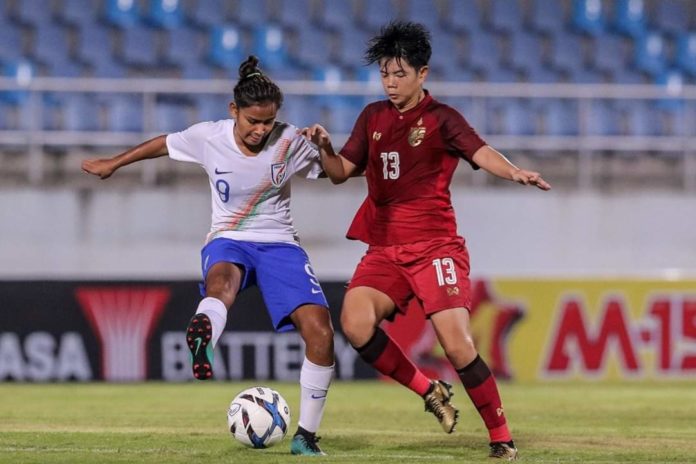 Indian under 19 Women’s team were able to beat Thailand in their own soil with Grace Lalrampari’s solo goal in the first half of the match in the first round of AFC Under 19 Championship Qualifiers. Despite the win against the host Nation, India were unable to go to next round of the competition. Three teams were on the same points after India’s win over Thailand in the competition. Thailand finished at the top of the Group with the better Goal difference. Between India and Nepal, the result between them came into the way and that’s why Nepal finished ahead of India in the first round of AFC under 19 Championship Qualifiers. 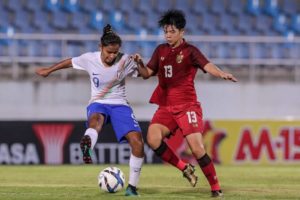 It was a great performance from the Indian Girls. Thailand had the better ball possession and they also created more chances than India in this match. But India did the job at the 36th minute of the match. Manisha made a great run from the left flank of the field. She provided a beautiful cross towards Grace Lalrampari who committed no mistake to put it into the Goal.

The lead in the first half of the match certainly boosted up the confidence level of the whole Indian side. Their Goalkeeper Archana was brilliant under the bars. The defensive unit of India were able to keep lead till the end of the match despite the flow of attacks of the host Nation. But it will be disheartening for the young Indian Girls as they have failed to qualify to the next round due to bad performance in one match against Nepal in this competition. Though their efforts in the field should be applauded by the football fans of India.