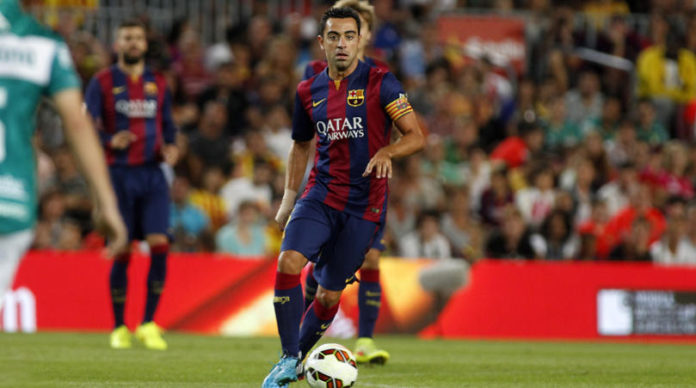 2019 AFC Asian Cup: Xavi predicts India to be knocked out in the group stages

While many are baffled by Xavi’s preposterous prediction, what has drawn the ire of the Indian fans is the fact that he predicted India to be knocked out in the group stages itself. The midfielder predicted India to finish in the bottom of the pile with UAE topping the group. Thailand and Bahrain would finish in the second and third position respectively according to the revered Spaniard.

As per Goal.com, the AIFF has chalked out a 100-day plan which will include friendlies against quality oppositions as well as exposure trips abroad. The General Secretary of AIFF, Kushal Das, has said that the team would play a minimum of 15-20 international matches before the second round and a four-nation tournament to be played in Cuttack is also being planned.

India qualified for the second round of Olympic Qualifiers for the first time in the history. Coach Maymol Rocky and his team are raring to put their best foot forward.

“It is a very proud moment for our family to have two members to have played in the AFC Asian Cup,”- Subrata Bhattacharya, father-in-law of Sunil Chhetri

“It is a very proud moment for our family to have two members to have played in the AFC Asian Cup. I played in 1984, and Sunil in 2011. Now he will represent India in his second Asian Cup – a feat which not many Indians have been able to achieve. It makes us 3-times prouder.”

“I feel lucky and privileged to have played with both Sunil Chhetri and IM Vijayan,”- Bhaichung Bhutia

Shraisth Jain of the AIFF Media Team recently interviewed former Indian national team captain Bhaichung Bhutia. Apart from dwelling on India’s prospects in the 2019 AFC Asian Cup, the Sikkimese Sniper shared his thoughts on playing alongside Sunil Chhetri and IM Vijayan. Here is what he said:

“I feel lucky and privileged to have played with both. When I made my debut, Vijayan was a senior player and I was very happy to play under his guidance, combine with him on the pitch, and get his support. When Sunil came in, he was the younger one. We had a great understanding and a healthy competition amongst ourselves.”

Despite being stranded on the bottom of the table, Chennaiyin FC has reposed their faith on Dhanpal Ganesh by handing him a three-year contract. The 27-year-old defensive midfielder has been ruled out of this season owing to an injury but should be back with the Marina Machans for the next season.

Sinivasan Pandiyan has changed his allegiance from Chennaiyin FC to Chennai City FC. The 23-year-old dazzled the eyes of the fans, pundits, and spectators with his scintillating performance in the I-League last season along with Michael Soosairaj. While Soosairaj has found himself starting continuously for Jamshedpur FC in the ISL, Pandiyan was yet to start a single game for Chennaiyin FC.