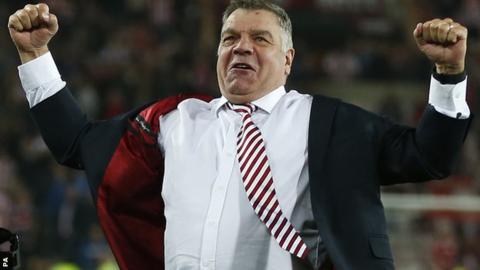 Welcome to another edition of the Indian football news roundup. If you are a hardcore Indian football fan who just missed out on today’s top news and headlines, then you have come to the right place.

Which former England manager has thrown his hat in the mix to be the new Indian football coach? What happened in the match between FC Goa and Indian Arrows in the Super Cup? And, did East Bengal and Mohun Bagan lived up to other I-League clubs’ promise to boycott the Super Cup? Don’t worry, we have got all of that covered here.

According to the sources, former England and Everton manager Sam Allardyce has expressed his interest to coach the senior Indian team through his agents. Big Sam has coached a plethora of clubs in England from League One to all the way up to Premier League.

He last managed Everton in 2018, helping them to finish eighth after a dismal start to the campaign which saw them languishing in the twelfth spot. He draws many parallels with his predecessor Stephen Constantine as both are strong advocates of long-ball tactic and believe that sports science influence the game hugely.

Only time will tell if Sam Allardyce will keep the job as big names like Sven-Goran Eriksson, Sergio Lobera, Alberto Zaccheroni, and Eelco Schattorie have also thrown their hat.

Super Cup: FC Goa prove to be too good for Indian Arrows

Despite a promising performance by the Indian Arrows in the Super Cup, FC Goa proved to be too strong for them as the Gaurs outclassed them 3-0. This put an end to Indian Arrows’ campaign in the Super Cup after the AIFF Developmental side eliminated Kerala Blasters in the Qualifiers.

Both the sides played their free-flowing one-touch football and had plenty of chances to take the lead. However, it wasn’t until the 17th minute that the floodgates were open when Ferran Corominas converted his penalty after the ball struck Ashish Rai’s hands inside the penalty box.

The Indian Arrows’ players’ confidence took a massive dip as they had to be content with their defensive duties. The goalscorer turned into a provider in the 61st minute when his through pass pierced the defense and sent Hugo Boumous one-on-one with the goalkeeper.

The Moroccan took Prabhsukhan Gill out with a deft touch and kept his calm to slot the ball into the back of the net. Things went from bad to worse for Indian Arrows as Deepak Tangri scored an own goal after the youngster failed to clear away a corner-kick.

This win meant FC Goa became the second ISL club to progress to the quarter-finals and will now take on Jamshedpur FC or Churchill Brothers the next Saturday.

Delhi Dynamos received yet another walkover in the Super Cup as their opponents East Bengal didn’t turn up. The Red and Golds had conveyed the same in a press release earlier as they didn’t want to break the unity.

It has been the second time in the tournament that Delhi Dynamos received a walkover after their opponents failed to turn up as Gokulam FC meted out the same fate to them in the Qualifiers.

Delhi Dynamos weren’t the only side to receive a walkover in the main bracket of the tournament. The AIFF confirmed that Bengaluru FC had progressed to the quarter-finals as Mohun Bagan didn’t register their squad.

However, it turns out that Chennai City FC have broken the union of the I-League clubs as coach Akbar Nawas and Michael Regin turned up for the pre-match press conference. The I-League champions will take on FC Pune City on Sunday.