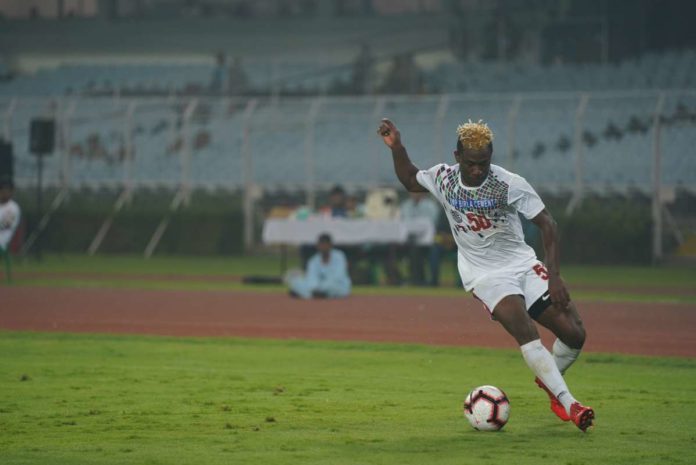 Minerva Punjab got their second win of the 2018-19 Hero I-League by defeating Indian Arrows 1-0 at the Tau Devi Lal Stadium in Chandigarh. This win propels them to the fifth position with 8 points from 6 games. Indian Arrows, on the other hand, remain on the bottom of the pile with just one victory from five matches.

The first half was a cagey affair as only one shot from Minerva Punjab was on target. However, the second half was more vivacious as the teams found pockets of space. Furthermore, a lot of goals were denied as the assistant referee raised the flag for offside.

At the 61st minute, KP Rahul broke the offside trap and slotted the ball past the goalkeeper with a calm and composed finish. However, he was flagged offside. Barring that decision, all the calls were rightly made.

Minerva Punjab finally broke the deadlock at the 75th minute after Prabsukhan Gill and the Arrows defense left the ball for each other for the clearance. Phillip Njoku pounced on the misunderstanding and drew first blood.

In the second I-League match of the day, Mohun Bagan held league leaders Chennai City FC to a 1-1 draw. Sony Norde broke the deadlock at the 50th minute after cutting past Edwin Vanspaul. Nestor Gordillo equalized at the 80th minute to restore the parity for the away side.

In the only ISL game of the night, Jamshedpur FC and Northeast United FC shared the spoils in a 0-0 stalemate. In the entire match, only one shot from both the teams was on target. It speaks volumes about the cautious approach of both the teams.