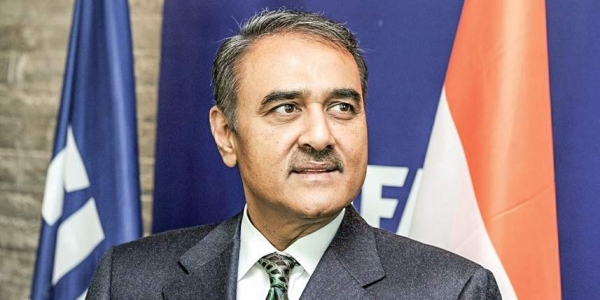 Welcome to another edition of the Indian football news roundup. Today, we will talk about Praful Patel becoming the first Indian to be elected into the FIFA Council and FC Goa pipping Jamshedpur FC in a seven-goal thriller to reach the semi-finals of the Super Cup.

Praful Patel became the first Indian to be elected into the FIFA Council after the 62-year old got 38 out of 47 votes from the AFC members. Eight candidates stood in the election for five spots in the FIFA Council designated to the AFC members. The other four spots went to Qatar’s Saud Abdulaziz Al Mohannadi, Philippines’ Mariano Araneta, China’s Du Zhacoi, and Japan’s Kozo Tashima.

“I am extremely humbled. I express my gratitude to all the members of the AFC who felt me suitable for the post. The responsibility as a FIFA Council member is huge. I would not be representing only my own country but the entire continent. Thank you all for your confidence for the rapid progress of football in Asia,” said Praful after winning the elections.

FC Goa pipped Jamshedpur FC 4-3 in a seven-goal thriller to set up a semi-final tie against Chennai City FC. Goals from Edu Bedia, Seriton Fernandes, Ferran Corominas and an own goal from Pablo Morgado did the trick for the winning side whereas Sergio Cidoncha, Pablo Morgado, and Carlos Calvo’s goals for Jamshedpur FC went in vain.

Both the sides showed signs of urgency right from the opening whistle to break the deadlock. However, the fans had to wait until the 22nd minute to see a goal when Edu Bedia made full use of his neck muscles to swing the ball into the back of the net following Brandon Fernandes’ free-kick.

From a similar position from where the initial goal was scored, FC Goa doubled the lead in the dying embers of the first half. Brandon Fernandes this time send a grounder and Edu Bedia made a decoy run. The entire Jamshedpur FC defense fell for it and the ball rolled its way into the back of the net. Just before crossing a line Pablo Morgado got a touch to it in an attempt to clear the danger but to no avail. Hence, an own goal was awarded to him.

Jamshedpur FC didn’t show any signs of urgency in the attacking third when they came out of the tunnel and FC Goa made them pay in the 64th minute. Zaid Krouch spotted Seriton Fernandes’ overlapping unmarked run on the right wing and released him for a one-on-one opportunity. The 26-year-old made no errors in slotting the ball home past the rival goalkeeper.

Jamshedpur FC did pull one back through Carlos Calvo but Coro restored the three-goal cushion after converting a penalty. Jamshedpur FC pulled two more goals through Sergio Cidoncha and Carlos Calvo’s penalty but couldn’t find one more as the game finished 4-3.