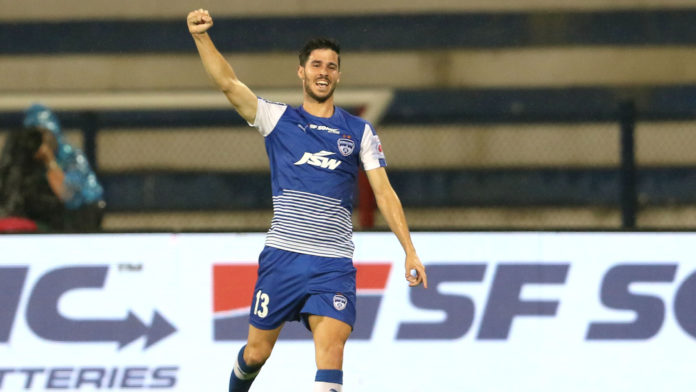 Welcome to another installment of our Indian football news roundup. In this section, you will find all the news pertaining to Indian football that happened today. Today, we will talk about ISL transfer news and Chennai City FC’s first loss in the 2018-19 Hero I-League.

According to Sportskeeda, ATK has made their second signing in the transfer window by roping in Edu Garcia from Chinese League One side Zhejiang Greentown FC. The Spaniard had made 14 appearances for Bengaluru FC last season, again signing for them in the winter transfer window.

Edu Garcia will bolster the midfield of India and provide the missing attacking impetus to the former champions.

Chennai City FC’s unbeaten run in the 2018-19 Hero I-League got halted by debutants Real Kashmir FC who pipped them 1-0 at the Jawaharlal Nehru Stadium in Coimbatore on Sunday. Kashmir-based side’s Kofi Tetteh converted a controversial penalty in the 78th minute to silence the home fans.

The league leaders’ loss has made the I-League title race a four-way dance. Chennai City FC has 18 points from 9 matches, but they could be dethroned by East Bengal. The Red and Golds are third on the table with 15 points from 8 matches. Real Kashmir FC is the second-placed team with a point behind Chennai, having played the same number of matches. The other team in the foray is NEROCA, who have 14 points from 8 matches.

Odisha won the 2018-19 Hero Sub Junior Championships by defeating Arunachal Pradesh 5-4 in the penalty shootouts after 90 minutes of regulation time failed to separate them.

Odisha topped their group by defeating Tamil Nadu 3-0, Maharashtra 4-2, Arunachal Pradesh 1-0, and drawing 1-1 against Punjab. In the semi-finals, they hammered Jharkhand 6-2 before beating Arunachal Pradesh eventually in the finals.

Former Indian international defender Gouramangi Singh sat down with the AIFF Media Team to share his insights on India’s chances at the 2019 AFC Asian Cup.

“I would say UAE would be very strong. Their fans would also come in large numbers. Add to that, the team would be preparing to do well on home soil. I feel that will be our toughest match. In the two remaining group matches against Thailand and Bahrain, I feel we stand with a chance and it would all boil down to the performance on the day. Malaysia got a favorable result against Thailand and Bahrain have been up and down with the national team in recent years so we don’t really know what to expect. But at the same time, India achieved an away draw versus China and there is no reason to stay intimidated by them,” said Gouramangi.

I-League: Star Sports to not telecast 80 remaining matches of the season

In a major blow to Indian football fans who watch I-League, Star Sports has decided to broadcast 80 remainder matches of the 2018-19 Hero I-League. Star Sports hasn’t given any clarification as to why the drastic measure is being taken but, Khelnow speculates that it is being done to accommodate the 2019 AFC Asian Cup fixtures.