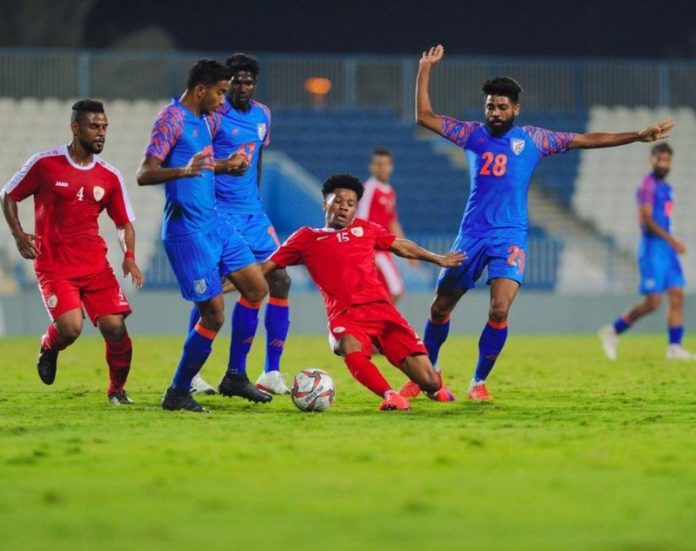 Welcome to another installment of our Indian football news roundup. In this section, you will find all the news pertaining to Indian football that happened today. What was the result of India vs. Oman friendly match played behind closed doors? When will Stephen Constantine step down as the coach of the Indian football team? Is CK Vineeth going to leave Kerala Blasters?

Don’t worry. We have covered you all. In case you missed out our yesterday’s edition of the Indian football news roundup, you can check it out here.

India held Oman to a 0-0 draw in the run-up to the 2019 AFC Asian Cup. Other than two players, the entire Oman starting eleven had played the finals of the Arabian Gulf Cup against UAE which they won.

India could have taken the lead in the 17th minute after Sunil Chhetri won the ball from the opposition defenders from the outside of the penalty box. However, his ensuing shot sailed across the crossbar. Amrinder Singh was called into action in the 28th minute when he had to make an acrobatic save to deny Oman taking the lead.

After replacing Amrinder in the second half, Gurpreet Singh Sandhu averted Oman’s danger in the 51st minute. India’s best chance fell in the 78th minute when substitute Ashique Kuruniyan delivered a wonderful cross for another substitute Balwant Singh. However, the ATK forward’s header was agonizing wide.

Oman looked dangerous in the dying minutes of the game, but couldn’t break the deadlock. At the full-time whistle, the scoreline read 0-0.

According to Khelnow, Stephen Constantine and AIFF are set to part their ways after the 2019 AFC Asian Cup. The highest governing body of football in India won’t renew the Englishman’s contract even if the Blue Tigers perform brilliantly in the continental extravaganza.

Moreover, they are already looking forward to finding his replacement. Albert Roca, former Bengaluru FC manager, is the current favorite to take the reins of Stephen Constantine.

CK Vineeth’s time at Kerala Blasters might be cut short as he might be lured by Chennaiyin FC. According to Sportskeeda, the Keralite might be heading towards the defending champions who are looking forward to bolstering their squad for the 2019 AFC Cup.

This would be a great move for both the parties. CK Vineeth mentioned earlier that he would like to end his association with the Kerala side after the season ends. Chennaiyin FC, on the other hand, require an out-and-out striker desperately as both their forwards Jeje Lalpekhlua and Carlos Salom have found the back of the net only once combined.

According to Sportskeeda, Eugeneson Lyngdoh might be heading towards Bengaluru FC.

The former AIFF Player of the Year has played only two matches for ATK this season, that too coming on as a substitute. The 32-year-old is also a set-piece specialist but, Manuel Lanzarote takes care of it for the Kolkata-based side.

AFC Asian Cup 2019: “Yes, I am confident about the squad”- Former Striker Abhishek Yadav on India’s chances of making it to the next round

Former Indian striker Abhishek Yadav is confident of India progressing to the next round. Here is what he said:

“Yes, I am confident about the squad. It will boost the football ecosystem in the country. There has been a clear progress in our football during these years due to a combination of technical and administrative efforts from all stakeholders involved led by the AIFF.”