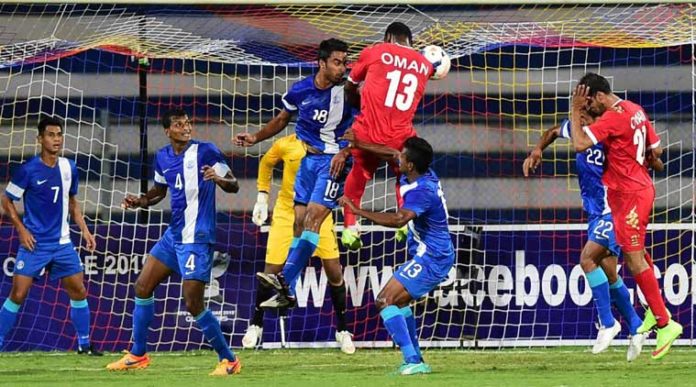 Welcome to another installment of our Indian football news roundup. In this section, you will find all the news pertaining to Indian football that happened today. Today, we will talk about the latest developments on the India vs. Oman friendly match and latest ISL transfer news.

India vs. Oman: The match to be played behind closed doors

According to Sportskeeeda, the India vs. Oman friendly will be played behind closed doors. Both the All Indian Football Federation and Oman FA have agreed to the same as they didn’t want the team tactics to be leaked. However, the fans can get the live updates of the match through the Indian Football Team’s official Twitter account.

India vs. Oman might not be the only match the Blue Tigers will be playing behind closed doors. As per their sources, the match against a club from UAE also won’t be telecasted.

India’s opponents in the Group A and the hosts of the 2019 AFC Asian Cup, UAE, have announced their final 23-member squad. Here is the list:

India will take on the Arabian giants on 10th January.

According to Goal.com, FC Goa has made their first acquisition in the ISL transfer window by roping in Morocco’s Zaid Krouch from the Moroccan club Moghreb Tetouan.

The 27-year-old is familiar with Sergio Lobera and his style of football as he was the manager of Zaid’s previous club from 2014 to 2017. He would be replacing Miguel Palanca in the FC Goa setup.

Phil Brown has been appointed as the new head coach of ISL side FC Pune City. The Englishman had guided Hull City to promotion in the Premier League in 2008.

FC Pune City sacked Miguel Angel Portugal on October 26. Since then, the Pune outfit is managed by their assistant head coach Pradhyumn Reddy. FC Pune City is currently seventh on the table with 11 points from 12 matches.

Phil Brown will be tasked to ensure they have a respectable campaign.

I-League: AIFF claims to be on the dark regarding Star Sports’ pull out

As per the press release, the AIFF was kept in the dark regarding Star Sports’ sudden pullout from broadcasting all the I-League matches. Goal.com claims so because the words “were recently informed” were highlighted bold.

Mohun Bagan midfield maestros Sourav Das pulled out a terrific show in their 2-0 victory over Shillong Lajong in the I-League. However, the victory came at a cost as the midfielders got injured. According to Goal.com, they would miss their next match against NEROCA, a crucial encounter for the Mariners if they want to stay in the hunt for the elusive I-League title.