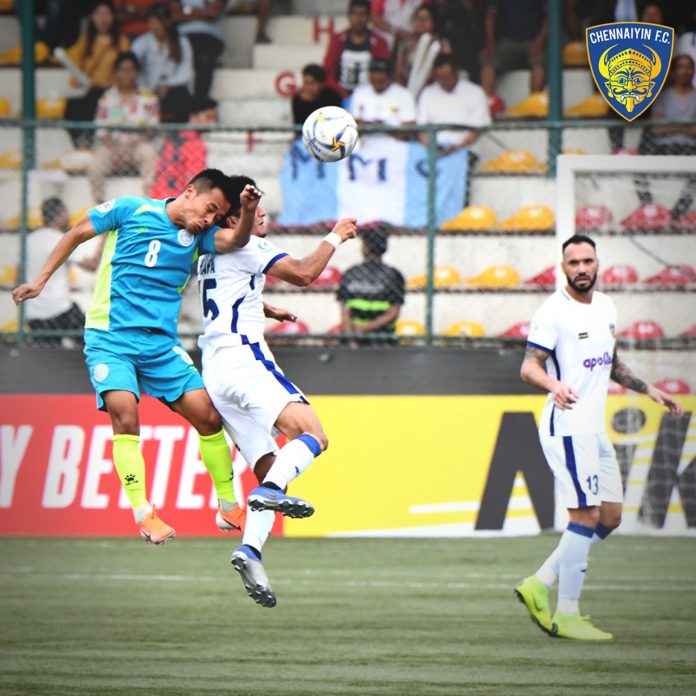 India has always had one representative in the knockout stages of the AFC Cup since 2012 but for the first time in seven years, that will not be the case. Chennaiyin FC needed to win their encounter against Manang Marshyagandi and required Minerva Punjab to draw or defeat Dhaka Abahani.

While Chennaiyin FC won their encounter 3-2 in Nepal, Minerva lost theirs 1-0 in Guwahati. After a dry first half which saw no goal in either of the two matches, Mohammed Rafi gave the Marina Machans the lead in the 53rd minute.

Eli Sabia was quick in the counter to give them a two-goal cushion before Afeez Oladipo scored twice in quick successions to restore the parity. Mohammed Rafi scored in the 88th minute and it seemed that Chennaiyin had qualified as the game remained scoreless in Minerva and Abahani’s game.

However, Masih Sahgani’s header in the 93rd minute spoiled the party for the former ISL champions as they got knocked out. Only one team could qualify from their group and Chennaiyin FC finished in the second spot with 11 points. Dhaka Abahani topped the group with 13 points, losing only once.

ALSO READ: From A-League to ISL- Roy Krishna to turn up for ATK