No matter which part of the country you belong to, cricket has always been the sweetheart of every Indian citizen, and the love transcends to even players belonging to other sports. Sunil Chhetri is no different from this, as the Indian football team skipper has just revealed which franchise in the Indian Premier League he would play for if he opted cricket as a career, and it is none other than Royal Challengers Bangalore, belonging to the same city of Bengaluru FC, the Indian Super League side which Chhetri captains.

As the Coronavirus pandemic has restricted major sporting events across the globe, many sportspersons are on a leisure away from the field, and Sunil Chhetri himself wanted to get some interaction with his huge fanbase onsocial media with a Q&A session.

He tweeted today morning: “Alright then guys, take a little break from your WFH routines and let’s make the most of this social distancing with a Q&A session. Keep the questions fun and I’ll try answering as many as I can. Fire away!”

Alright then guys, take a little break from your WFH routines and let's make the most of this social distancing with a Q&A session. Keep the questions fun and I'll try answering as many as I can. Fire away!

Under the hashtag ‘#AskChetri’, Chhetri attended the questions of several fans, asking him queries on various topics. Amongst all the inquiring tweets, a Twitter user @anarlm_nichani came up with an interesting question.

The fan asked Cheetri which IPL club he would opt for if he was a cricketer. He asked: “If you get a chance to play cricket in which IPL franchise would you like to play??? #AskChetri @chetrisunil11″

If you get a chance to play cricket in which IPL franchise would you like to play??? #AskChetri @chetrisunil11

Chhetri, who currently stays in the capital of Karnataka with his wife Sonam Bhattacharya, wittily mentioned that he is a ‘Bangalore boy’ indicating the answer. Well, it is obvious the Bengaluru FC captain dreams of being a member of Royal Challengers Bangalore, if he picked up the bat instead of a football as his career.

I'm a Bangalore boy 😉 That should answer your question. https://t.co/XF0OZxcfwR

Other than loving the city, Chhetri has a heartwarming bonding with RCB and Team India captain Virat Kohli, and was also seen attending the IPL franchise’s training ground last year.

Chhetri led Bengaluru FC to the semis of the 2019-20 ISL season, but faced defeat against ATK in a 3-2 aggregrate. 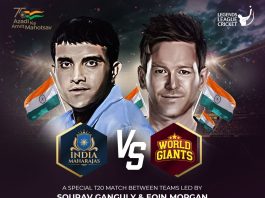 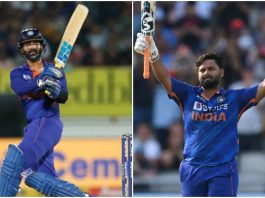