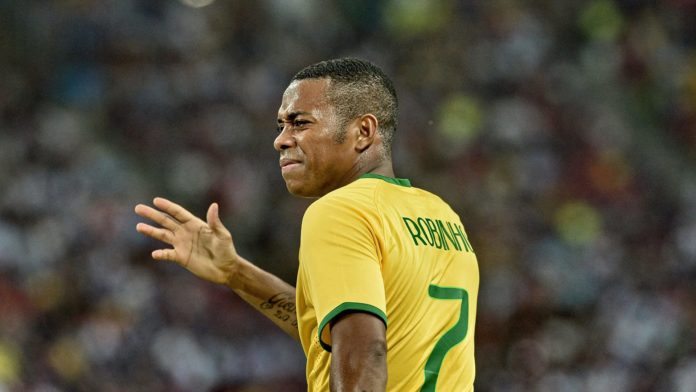 East Bengal seems to be on a roll for the upcoming season of Football for them! After confirming ‘Quess’ as the sponsor and signing a contract for the next 10 years with it being worth 400 crores, they have started with heavyweight transfers.

The first move was for Costa Rican defender, Johnny Acosta. He starred for Costa Rica in all the 3 group fixtures in the World Cup and played against Neymar. He was confirmed by East Bengal earlier today.

Now reports are coming that the Indian side has set their sights on Robinho. The Brazilian International plays for Sivasspor in Turkey. He has played for some of the biggest clubs in Europe like Real Madrid, Manchester City and AC Milan. His price is expected to be around 16 crores.
Even though he may be past his prime, he will of importance in the Indian scenario.

There have also been other rumours of Sardar Azmoun of Iran being linked to the club.