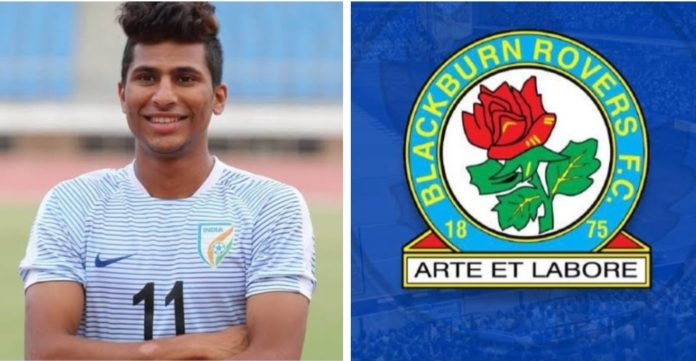 Welcome to another edition of the Indian football news roundup. Today, we will talk about FIFA U-17 World Cup star Aniket Jadhav bagging a training stint with Blackburn Rovers, Mumbai City FC sealing their semi-final spot in the Hero ISL, Gokulam FC and Shillong Lajong sharing the spoils in their battle to avoid relegation in the I-League, and Delhi High Court directing Minerva Punjab to wait for AIFF’s decision over the consequences of their match against Real Kashmir in Srinagar.

Aniket Jadhav to train with Blackburn Rovers in England 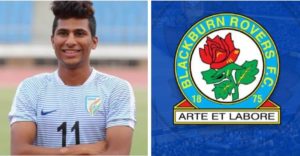 Aniket Jadhav, who was part of India’s squad at the 2017 FIFA U-17 World Cup, will train with Blackburn Rovers for a period of three months after the ongoing season is completed. The youngster is currently signed with Jamshedpur FC but has been loaned out to Indian Arrows in the I-League.

Blackburn Rovers are only one of the six winners of the English Premier League but are currently languishing 14th in the Championship. Nonetheless, the training stint would be beneficial for the 18-year-old.

Mumbai City FC became the third team to reach the semi-finals of the ISL after picking up a comfortable 3-1 win over ATK at the Salt Lake Stadium in Kolkata. Modou Sougou scored his second hat-trick of the season after he became the first player to score four goals in a single match previously against Kerala Blasters.

Mumbai City FC stamped their authority in the 26th minute after Modou Sougou controlled Pranjal Bhumij’s cross from the left flank and fired the ball home from close distance. Mumbai City FC doubled the lead through a counter-attack in the 39th minute when Arnold Issoko released the Senegalese from the right wing.

At the hour mark, Modou Sougou completed his hat-trick after Paulo Machado released him and his shot beat the hapless rival goalkeeper. ATK did pull one back later in the game through Andre Bikey, who towered above the defenders to rocket the ball home, but it proved to be too little too late.

A victory could have given a new lease of life to both Gokulam Kerala and Shillong Lajong in their quest to avoid relegation in the Hero I-League. But, both the sides failed to do so which could see one of them getting relegated.

Gokulam FC took the lead just before the half-time whistle as Felipe De Castro squared a through ball for Marcus Joseph Jr. who slotted the ball home after a brilliant dummy from Arjun Jayaraj.

Shillong Lajong equalized in the 65th minute after Samuel Lalmuanpuia converted his penalty kick. Gokulam FC defender Daniel Addo was guilty of bringing down Naorem Mahesh Singh, which led to the referee pointing towards the dreaded spot.

The final scoreline remained 1-1 as the referee blew the final whistle. Shillong Lajong still sit on the bottom of the table with 11 points from 18 matches whereas Gokulam FC are just two spots above them with 14 points from 17 matches.

I-League: Delhi High Court instructs Minerva Punjab and AIFF to resolve the issue amongst themselves

Delhi High Court has instructed Minerva Punjab and AIFF to resolve issues amongst themselves on a conciliatory note after the latter failed to show up for their match against Real Kashmir in Srinagar in the I-League.

Minerva Punjab didn’t turn up for their match as the embassies of foreign players had instructed their players not to travel to Kashmir as there was a war-like situation. However, AIFF informed them that security arrangements had been made and no harm would be caused to the players and the coaching staff.

But, Ranjit Bajaj and his team refused to travel as they wanted written assurances from the Home Ministry or Govt. of India, which they didn’t. If a side doesn’t turn up, the opposition gets a 3-0 victory according to FIFA rules. Only time will tell if the mentioned situation arises.

ICC T20 World Cup 2022: England crowned as T20 champions for the second time as Stokes rises to the big occasion once again