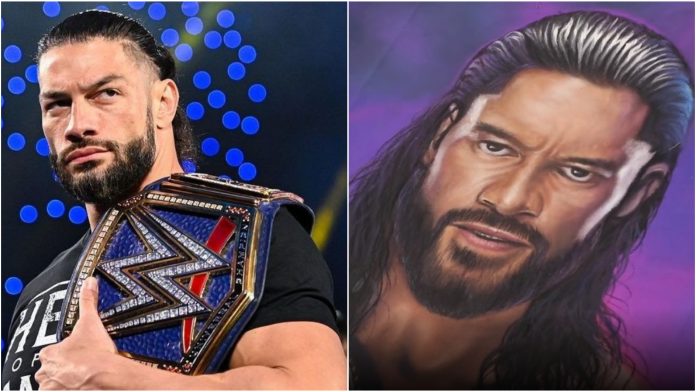 WWE Universal Champion Roman Reigns has a huge fanbase in India and one of the fans recently showed off a spectacular rangoli art of ‘The Tribal Chief’ on the occasion of Diwali. For those who are not aware, rangoli is a form of art in which patterns are created on the floor or a tabletop using powdered colours. Indian artist named Roshan Patil, needless to say, a huge fan of Roman Reigns, pulled off an amazing job in creating an artwork of Reigns. 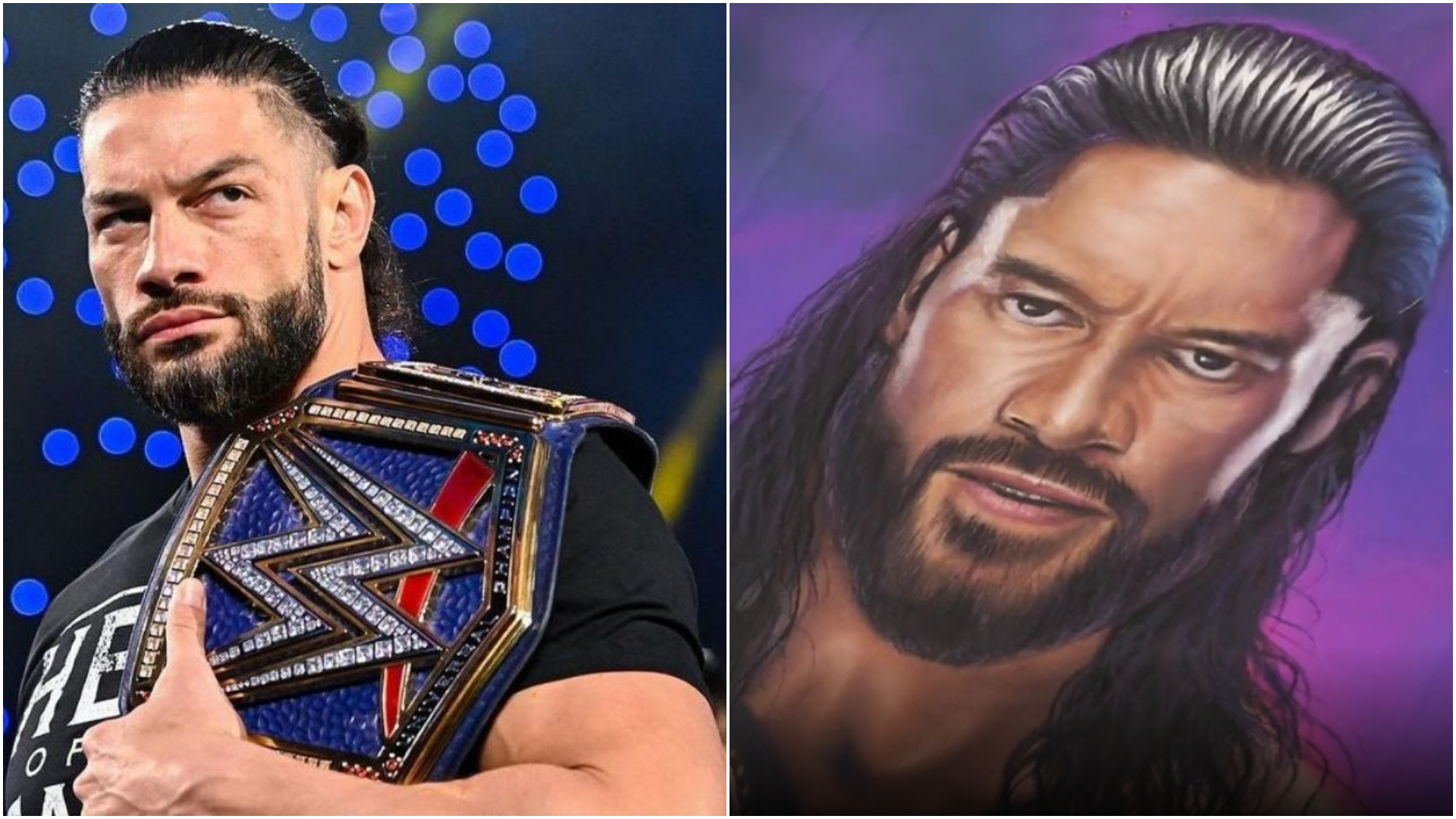 WWE India shared the video clip of the beautiful work of Patil, who made the rangoli of Roman Reigns on the occasion of Diwali, which is being celebrated across the nation. The caption read:

“This #Diwali ACKNOWLEDGE HIM. Watch as Indian Artist Roshan Patil brings art to life by making a stunning #rangoli of his idol, The Head of the Table @WWERomanReigns, in the premiere episode of #WWENowIndia’s #IMegaFan.”

This #Diwali, ACKNOWLEDGE HIM. Watch as Indian Artist Roshan Patil brings art to life by making a stunning #rangoli of his idol, The Head of the Table @WWERomanReigns, in the premiere episode of #WWENowIndia’s #IMegaFan.@HeymanHustle @Ga3lyn #WWEonSonyIndia pic.twitter.com/79YVBkfj18

ALSO READ: Vince McMahon was planned to shave his head in a feud with Hulk Hogan, says WWE Producer

The reason for the huge fan following of Reigns is needless to mention. India is no exception for that aspect. He has held the Universal Title for more than 400 days at this point and has put down several big names in the process. Reigns has defeated the likes of Brock Lesnar, John Cena, Rey Mysterio, Kevin Owens, Daniel Bryan, Edge, and many more stars over the past year or so.

Reigns is sitting at the top-tier with the Universal title and there are a few stars who are brave enough who would like to lock horns with him. He is likely to have a battle with WWE Champion Big E at the upcoming Survivor Series pay-per-view on November 21.