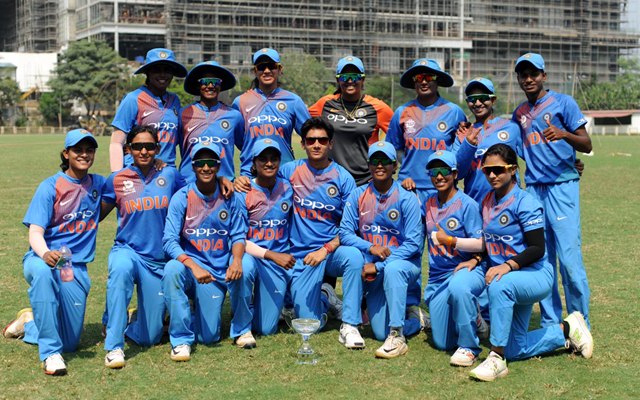 The ICC Women’s T20I players ranking has been revealed and Indian cricketers Radha Yadav, Deepti Sharma and Poonam Yadav are the top of the list! The women’s T20I has been going on in full force. The players have shown a great performance throughout the series. Some slipped a few places, while others made big jumps to be the lead. Every year the rankings change. Indian left-arm spinner occupied the second place in the list of best bowlers last year, and this year is no different. The left-arm spinner appears to be unmovable from her second position on the list. While she managed to keep her place, her teammates Poonam Yadav and Deepti Yadav were not so lucky. Poonam Yadav is ranked fifth, while Deepti Yadav occupies the sixth position. 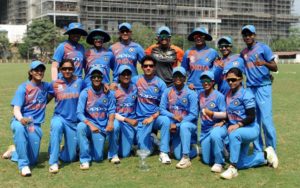 There are many other notable performances in this year’s ICC Women’s T20I series apart from our Indian players. Sophie Ecclestone’s performance was greatly appreciated as the spinner contributed to her team, England’s win against Pakistan 3-0. The England vs Pakistan match was held in Kuala Lumpur where Sophie bowled out six Pakistani players in the first match. The spinner is now at the fourth position with more than 700 rating points. It is the first time that an England bowler has made the list with 700 rating points. The only English player who achieved such a score was Anya Shrubsole back in 2016.

Australia’s Megan Schutt continues to hold the first rank in the bowler’s category. Her record of 727 rating points is yet to be broken by anyone. She achieved her personal best score this year in February.

The biggest jump this year has been made by the opener, wicketkeeper-batter Amy Jones who scored 179 runs! She now holds the 17th rank and also been awarded the title of ‘Player of the Series.’

Now coming to the batters, New Zealand’s Suzie Bates is the top batter this season. Other than her the list includes Jemimah Rodrigues in the 4th spot, Harmanpreet Kaur at the ninth spot and Smriti Mandhana at the seventh place.