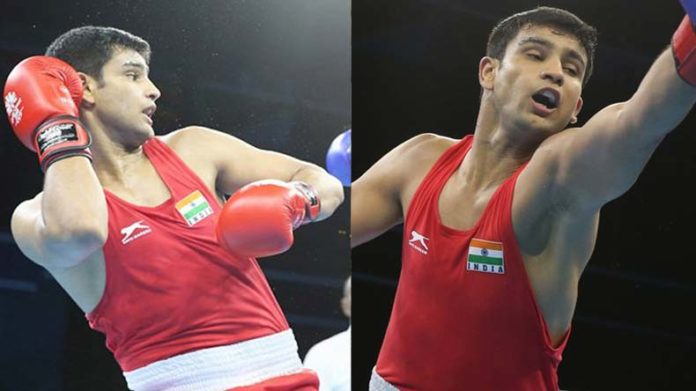 This year has been really good for Indian Boxing, as Indian Boxers have roped in numerous international medals and with the support of BFI, the boxers are getting the best possible facilities. This Year Indian Boxers won a total of 9 medals in Commonwealth Games, Goldcoast which includes 3 Gold, 3 Silver and 3 Bronze.

The Boxers are training tirelessly under the guidance of strict coach Mr. Santiago Nieva, even though the boxers train hard, they do have their fair share of funny moments. 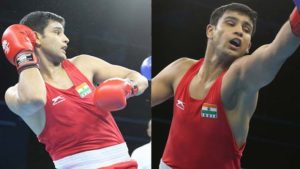 One such funny moment took place when Teen Boxing sensation Naman Tanwar who won a Bronze Medal at the Heavyweight category of the CWG shared a video on his Facebook page where he mimics to fight fellow Indian Boxer Vikas Krishnan who won a Gold Medal at the CWG with Coach Santiago Nieva playing the role of referee and was seen telling instructions to both the boxers about keeping the fight neat and clean.

Naman Tanwar is without a doubt the most charismatic Boxer in the Indian Squad and with his low guard style, he is only going to make more fans throughout his Boxing career.