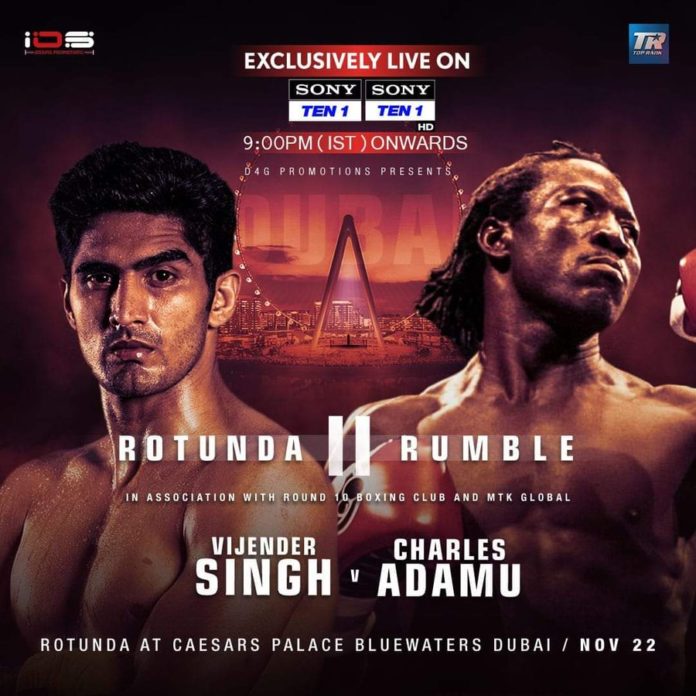 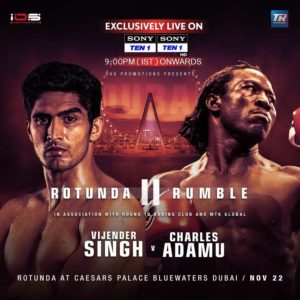 A pugilist from Haryana, Vijender Singh has a stellar record with a bronze Olympic medal, a bronze World Championships medal, gold and bronze Asian Games medals, a bronze and two silver Commonwealth Games medals and one bronze and silver Asian Championships medals. Since turning professional in 2015, he has an unbeaten streak of 11-0 and the WBO Asia Pacific and Oriental Super middleweight titles. The 34-year old Indian will take on Charles Adamu or “The Crusader”, a two-time Commonwealth Games champion, who has won 33 of his 47 professional fights. The Ghanaian veteran went professional in 2001 and has fought against the world’s top boxers in Ghana, UK, Canada, South Africa, Denmark, Latvia and more. While he will enter the ring with a lot more experience, the 42-year old has won only one of his last five bouts, giving hope to the Indian boxer and his fans.

“I am fully excited for my Dubai debut. I know Charles Adamu is an experienced boxer but I can easily knock him in the early rounds. I am sure he will try his best but I have worked hard in the last two months on my technique and fitness.”