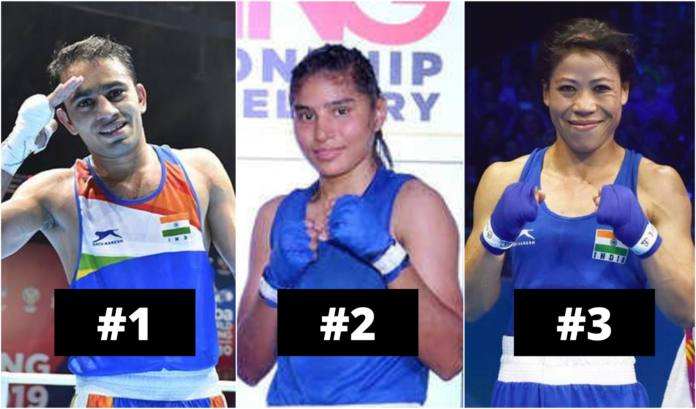 The latest AIBA rankings have been revealed and Indian boxers are leading the way. AIBA, the governing body for boxing worldwide released its first ranking in nearly two-years. Asian Championship gold medalist and world championship silver medalist Amit Panghal has secured the #1 spot in the world rankings. He competed in the 52 kg categories and one of the finest boxers in the Indian contingent. 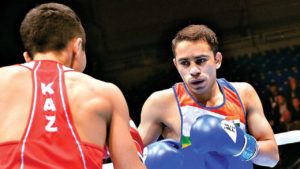 In women’s boxing world championship silver medalist in the 48 kg category secured the topmost ranking amongst all the female boxer. She was ranked #2 by AIBA.

“The last one-and-a-half years have been great for me and becoming World number two has given me more motivation,” said Manju Rani.

Boxing legend and six-time world champion MC Mary Kom was ranked #3 in the 51 kg category. Another boxer to rank #3 is Lovlina Borgohain, who competed in the 69 kg category.

Amit Panghal who has already qualified for the Olympics has stated that the rankings will be a confident booster for him.

“For any athlete reaching the pinnacle in the rankings is a dream. I am motivated and looking forward to starting my training at the National camp and working with the coaches,” Amit Panghal said.

“I am very happy and this is a massive confident booster ahead of the resumption of the camp. After a long break, I will be training I will be training in the camp and it is a great feeling to know that I will be training as a world number 1. I am thankful to everyone that has played a role in my career and growth and I will continue to train with full dedication and push the limits to achieve my goals,” Amit Panghal said.

A record nine-boxers have qualified for the Tokyo Olympics scheduled to take place next year.

Mary Kom reveals what her biggest training obstacle is during lockdown