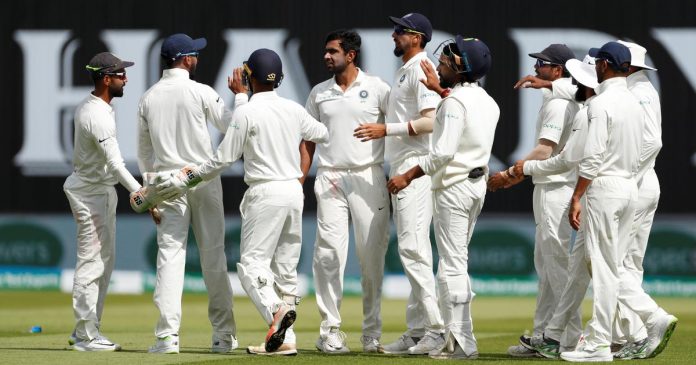 No Jasprit Bumrah or Mohammed Shami or Umesh Yadav or Ishant Sharma or Bhuvneshwar Kumar, or Ravichandran Ashwin or Ravindra Jadeja. This was the scenario for India, heading into the series-deciding Test at the Gabba in Brisbane a fortnight ago.

Yet, with India-A attack, Ajinkya Rahane and Co conjured up a special performance to dismiss the Australians twice, with Mohammed Siraj leading the way. Some would call it a miracle, but the matter of fact is-it was no fluke. Over the past couple of seasons, Indian bowling contingent has performed with admirable consistency. It does not matter if personnel or two is missing-it is all about following the process, and sticking to the plan.
After mitigating the threat posed by Steve Smith, the Indian bowling attack nullified in-form batsman Marnus Labuschagne, so much that he was forced to play false shots in search of runs.

The Indian team do not have much time to soak in the euphoria around their stupendous show in Australia as they prepare to host England in a four-Test series, the team will again have special plans in place for the opposition skipper Joe Root, who hit back-to-back tons in a series win over Sri Lanka.

It won’t be the first time when the team will be making special plans against opposition’s best batsman. They had done the same for Steven Smith, who had quiet first two Tests and only in last two games, he came back to his best touch but still had a decent and not great Test series by his standards. A while back, India’s bowling coach Bharat Arun had revealed how he had planned the downfall of Smith in months leading up to the Border-Gavaskar trophy.

Ishant, along with Jasprit Bumrah and Mohammed Shami have written an entirely new script as far as the resurgence of India’s pace bowling stocks are concerned. While, being the most senior bowler in the attack after Zaheer Khan’s retirement, Ishant has led the bowling attack from the front and has performed well both in overseas conditions as well as at home, where only the slower bowlers rule.

However, playing on his home turf, Ravichandran Ashwin too-will play a big part in the series. Ashwin had a great tour of Australia and will come into the series with tons of confidence. How England play Ashwin will decide the outcome of the series. Ashwin has become smarter with the way he has bowled in recent times and is in prime form.

Considering that Mohammed Shami and Ravindra Jadeja are ruled out of the series with the respective injuries they suffered on the tour of Australia, the likes of Mohammed Siraj and bowling all-rounder Washington Sundar may just get a nod with Bumrah and Ishant leading the attack. During all the four Tests in Australia, India opted the five-bowler plan, and the team is likely to persist with that ploy.

Horses for courses is the best thing and the result was, India picked up 72 wickets in the four-Test matches against Australia. A lot of credit must be given to the joint plans of Ravi Shastri and Bharat Arun, who studied Smith’s wagon wheel and statistics and found out that he scores 70% of his runs on the off-side.

The current crop of England players have an experience of playing in the subcontinent in the IPL. In the recently concluded series against Sri Lanka, Joe Root was virtually like a lone-warrior in the team who scored 55% of England’s runs in one inning of the second Test. The likes of Ben Stokes and Rory Burns have improved by leaps and bounds as Test cricketers and it would take a measured team-effort the get the better of the English.
Just like Alastair Cook did during the 2012-13 series, Root needs to bat for long periods of time for England to stand any chance in the series.

England would be a tough team to beat, even if at home. It will be another day and another challenge in the annals of this fearless Indian cricket team.