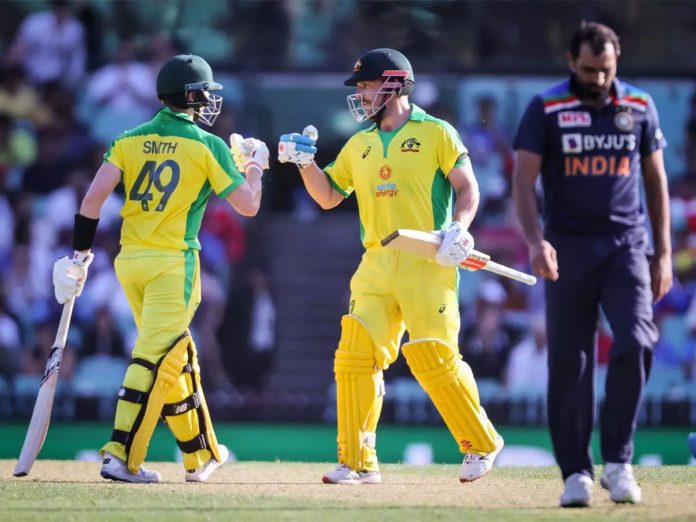 India’s tour of Australia was always going to be a tough task. But the manner of back to back defeats in the One Day Internationals (ODI) has raised questions about the consistency levels of the current crop of Indian bowlers.

The Australian batsmen dominated Jasprit Bumrah and Co in both games, and as much as it is easy to put the blemish on the placid nature of the pitch at Sydney, the bowlers have to own up to their inability to make inroads in the Australian batting line-up. Incidentally, this is India’s fifth defeat in ODIs on the spin, which sums up the inexplicable inability of the bowling unit to contain the opposition.

The much talked about Indian bowling unit, who did exceedingly well in the IPL before landing in Australia, have bled runs in the first two ODIs, letting the hosts run away with a decisive 2-0 series lead in the three-ODI series. The ever-reliable Bumrah and the fiery Mohammed Shami have been made to look quite ordinary by the home team batsmen, who have scored at will.

The spinners Yuzvendra Chahal along with Ravindra Jadeja have failed to add control in the middle overs with their lacklustre displays.

As has been pointed out widely, India have taken only three powerplay wickets in eight ODIs this year. Since the start of the last year, only Scotland and Bangladesh have a worse bowling average than India’s 51.52 inside the first ten overs.

In the ongoing series, India so far has sorely missed the presence of the sixth bowler, who could give more options to the captain. To complicate the issue further, Hardik Pandya doesn’t seem to be ready to roll his arm anytime soon, which effectively means he’s playing as a pure batsman-which in return leaves skipper Kohli with a serious selection dilemma.

India do have backup spinners in the squad, who are capable with the bat as well and Washington Sunder, Axar Patel and Krunal Pandya might be getting their chance sooner rather than later.

Since the 2019 World Cup, it has been pointed out many times that India don’t seem to have enough menace with the new ball, which sets up the tone for ODI innings.

There is a pattern emerging from these defeats. This is the fourth time in five matches that India conceded 300 and this has not happened because of lack of bowling options. This year in eight ODIs, the average opening partnership against India has been 125.42 runs. It is the worst for any side in any era.

After the 2017 Champions Trophy, India identified middle overs as the area which was losing them matches. So they benched two experienced spinners in favour of wrist spinners amongst the Indian bowlers. With Bumrah, Shami and Kumar giving wickets upfront, Yuzvendra Chahal and Kuldeep Yadav troubled opponents in the middle. But in the lead-up to the 2019 World Cup, with a brittle middle-order to take care of, they thought Kuldeep, Chahal, Shami, Bumrah made the tail too long. In came Ravindra Jadeja.

At least one India fan had a good day!#AUSvINDhttps://t.co/QppyzoG98E

In the Indian Premier League (IPL), Rohit Sharma prudently uses Jasprit Bumrah as a first change bowler. What that does is, it allows Bumrah to attack the batsman more given the field restrictions. This does not play out as he turns out for India, and it seems to have shaken his confidence.

Jasprit Bumrah is a key component of Indian bowlers being the spearhead of the bowling department. He can be termed as one of the four pillars of the current Indian generation. But the 26-year-old has struggled to make an impact against Australia as the hosts have taken an unassailable 2-0 lead in the three-match series.

In the first ODI, he conceded 73 runs, third most expensive of the night, and managed to get just one wicket in Aaron Finch, while in the second ODI, the pacer continued his dismal show and gave away 79 runs in his allotted 10 overs while managing to pick just a wicket. Notably, Bumrah was once again the costliest bowler for India in 2nd ODI, which India lost by 51 runs.

India were playing its first international competition in nearly nine months. Bowling first, the team’s morale was dependent on Bumrah’s shoulders. An early wicket in the first powerplay would have given the team a needed boost. However, he struggled to find the right bounce which fans saw in UAE during the IPL.